From the 24th of February to the 28th of May 2007 , the museum presented a selection of then recent acquisitions under the title Nothing else matters.

The footage for Episode 1 (2001-2004) by Renzo Martens (Sluiskil, 1973) was shot in Chechnya during the most recent war. The artist approached war victims and asked them their view of him, instead of reporting on their situation. This seemingly simple inversion of givens heightens the viewer’s awareness of the power and subjective nature of the documentary image. Martens’ work provides an analysis that is as provocative as it is incisive.

The analysis of role patterns is also a central theme in five video works by Andrea Fraser, which the museum acquired as a representative sample of her oeuvre. In an artistic practice that is commonly referred to as ‘institutional critique’, Fraser (Billings, USA, 1965) provides a – regularly hilarious– exposé of the conventions and discursive structures defining the art scene.

In an early key work, Museum Highlights: A Gallery Talk (1989), the artist plays the role of tour guide in the Museum of Philadelphia. In an inspired performance, Fraser parodies the high-flown jargon that is normally associated with the art world. An example is her description of the institute’s restrooms, which the ‘guide’ approaches with the same gravity as any part of the collection.

Julika Rudelius (Cologne, 1968) also deals with her topics from a sociological perspective. Rudelius’ video works are studies of individualism and collectivity, in which the codes of socio-cultural groups in our late capitalist society of spectacle are enlarged and investigated.

For her 2006 project Forever, the artist filmed a group of ageing women in the jet-set community of the Hamptons, NY, who place extreme importance in their physical appearance.

In Nummer Vier (2005), Guido van der Werve (Papendrecht, 1977) plays piano in person: seated on a pontoon, floating in a landscape straight out of a painting by Casper David Friedrich. Van der Werve’s hyperbolic reinterpretations of romantic strategies centre on ideas of failure and impotence. The artist remains a flawed genius, filled with folie de grandeur, set on a stumbling course towards the unattainable.

The protagonists in the films and slide photography-based works of Pablo Pijnappel (Paris, 1979) also fit the romantic profile – self-willed individuals who accept no compromise in the realization of their dreams.

Felicitas (2005) is Pijnappel’s personal homage to family friend Felicitas Bär, for whom the artist wrote a script on the basis of stories of individuals who stood close to her. The three-channel slide presentation circles the character of this eccentric, independent soul through a non-linear narrative starring various people from her immediate surroundings.

In Bodies of Society (2006), Klara Liden (Stockholm, 1979) focuses on a single action: the steady demolition of a bike with a length of iron. As the artist tends to do in her work, she manages to create a somewhat uncomfortable spectacle, stoically bending a specific situation to her will by means of a series of simple interventions. The bike is thrashed indoors, at an agonizingly slow, almost laconic, pace – imbuing the video with an atmosphere that is both comic and menacing. In her inimitable way, Liden both points to the strength to be found in simplicity and the liberating effect of moving from thought to action. 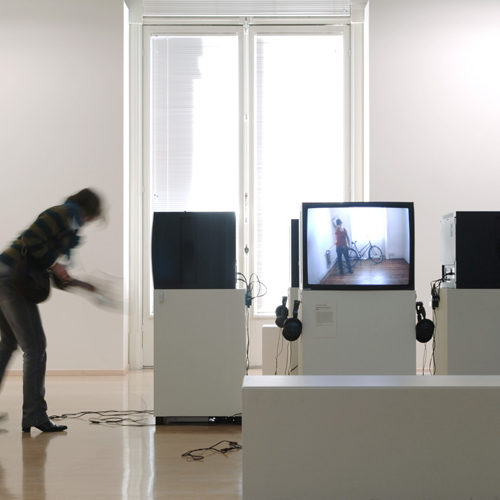 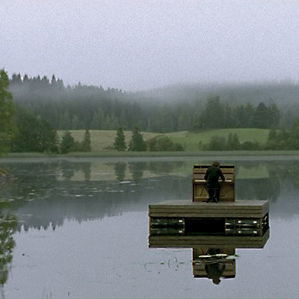