Winner of the Van Looy Prize

The cartoonist Peter van Straaten (b. Arnhem, 1935) was the winner of the Van Looy Prize 2010 – and with it came an exhibition in De Hallen Haarlem. This prize is awarded every five years by the Jacobus van Looy Foundation to a ‘double talent’: someone who combines the visual arts and writing in an exceptional manner. At Van Straaten’s request, his exhibition began not with choices from his own work, but from work by Jacobus van Looy (Haarlem, 1855-1930).

As a guest curator for the Van Looy presentation, Peter van Straaten has made a selection from the collection of drawings and paintings in the holdings of the Frans Hals Museum | De Hallen Haarlem. For the painter and writer Van Looy, nature and travel were great sources of inspiration. Among the places he visited were Morocco, Spain and London. In the exhibition one can see an assortment of his travel sketches, as well as painted landscapes, still-lifes and portraits.

Among his frequently recurring subjects are the conflicts between generations and between married couples, situations at work and excessive alcohol consumption. He takes aim at everyday life in today’s society in an usually witty, ironic, but at the same time also light-hearted manner. With his sober cartoonist’s draughtsmanship and an aptly formulated caption, he is able to unerringly touch the sore spots of life. 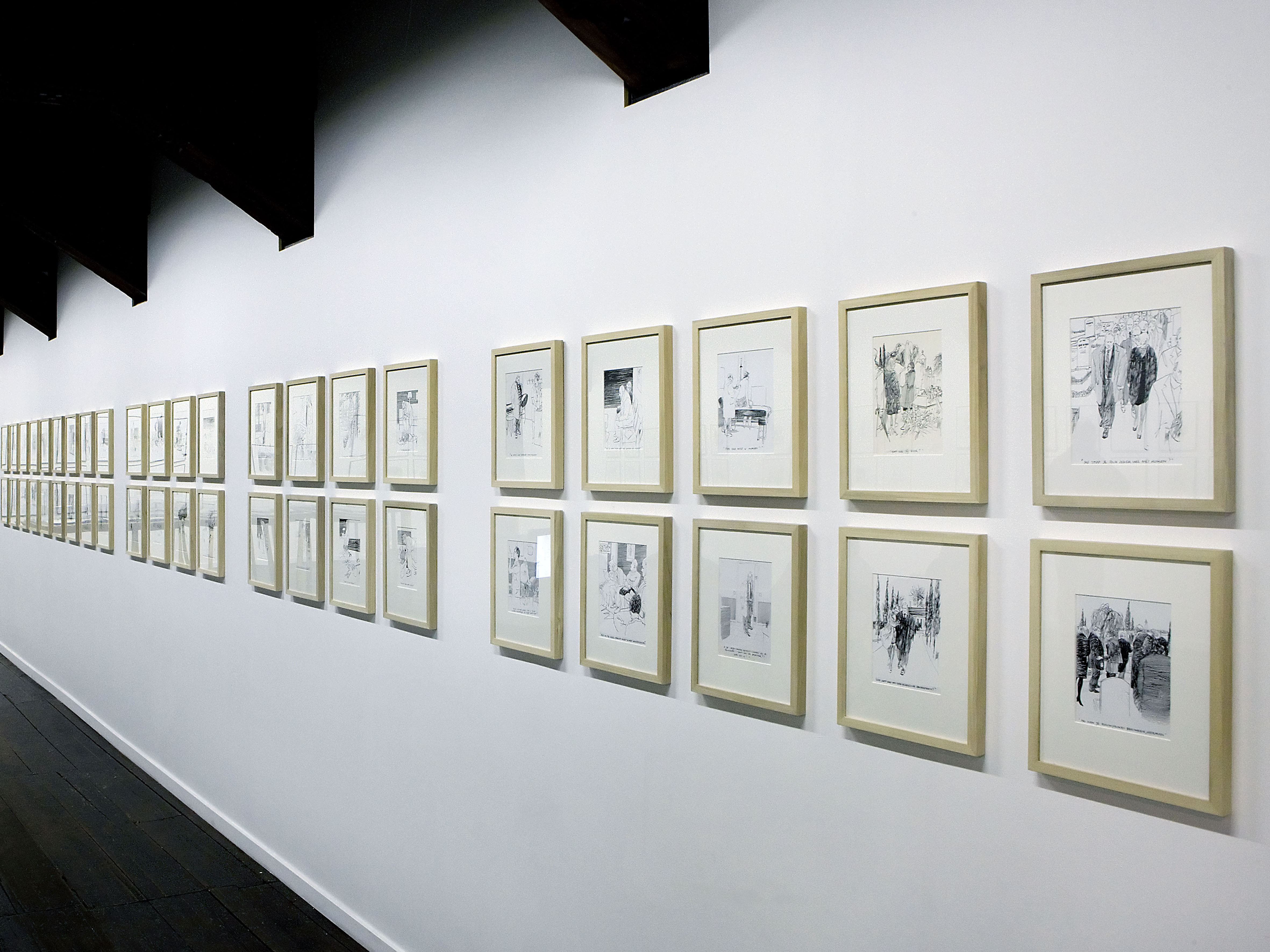