Master of Still Life in the Golden Age

Pieter Claesz (Berchem 1596/97 – Haarlem 1660) was one of the most important still life artists of the seventeenth century. He was the first artist who was able to depict everyday objects, like a rummer, a tin plate and a herring, in such a way that they radiated a magical beauty.  The filled rummers gleam in the soft light. The olives, fresh fruits, crispy rolls and pies are enough to make one’s mouth water. However, many of the objects were not chosen at random. They allude to the transience of life: the wilting flower, the watch, the skull, the tipped glass, the smouldering candle. For the first time, an exhibition is dedicated to the still lifes of Pieter Claesz, featuring approximately 45 superb works.

The work of Pieter Claesz, who moved to Haarlem in 1620, can be divided into three periods. Until 1625, his still lifes depicted a table laid with kitchenware, drinking glasses, cutlery, foods and fruits. His colours are fresh and clear. Following this period his work became remarkably simpler. The number of objects is reduced to a single glass, a plate and a herring with a bread roll. These are depictions of a simple meal. The austerity preached by seventeenth-century ministers from their pulpits appears to surface in these plain ‘breakfasts’ and ‘banquets’. Alongside Willem Heda, Pieter Claesz is the most important painter of this type of still lifes, which are also referred to as ‘monochrome banquets’ as they are painted exclusively in grey, brown and green shades. Haarlem masters in particular painted this type of ‘banquet’.

From 1640 on, these still lifes gave way to composition with a more exuberant use of colour. The number of objects increased and included a great variety of precious dishes and expensive glasswork, and an abundance of fruits, flowers, game and poultry. This later work inspired masters like Jan Davidsz. de Heem, Abraham van Beyeren and Willem Kalf, who excelled at this kind of pronk still life. Pieter Claesz’s paintings were highly successful and, even while he lived, were copied, imitated and plagiarised on a large scale.

For the first time an exhibition is being devoted to the still lifes of Pieter Claesz (Berchem 1596/97 – Haarlem 1660). The best examples of his work – 45 in all – from renowned public and private collections in Europe and the United States – form a splendid overview of the output of this master. 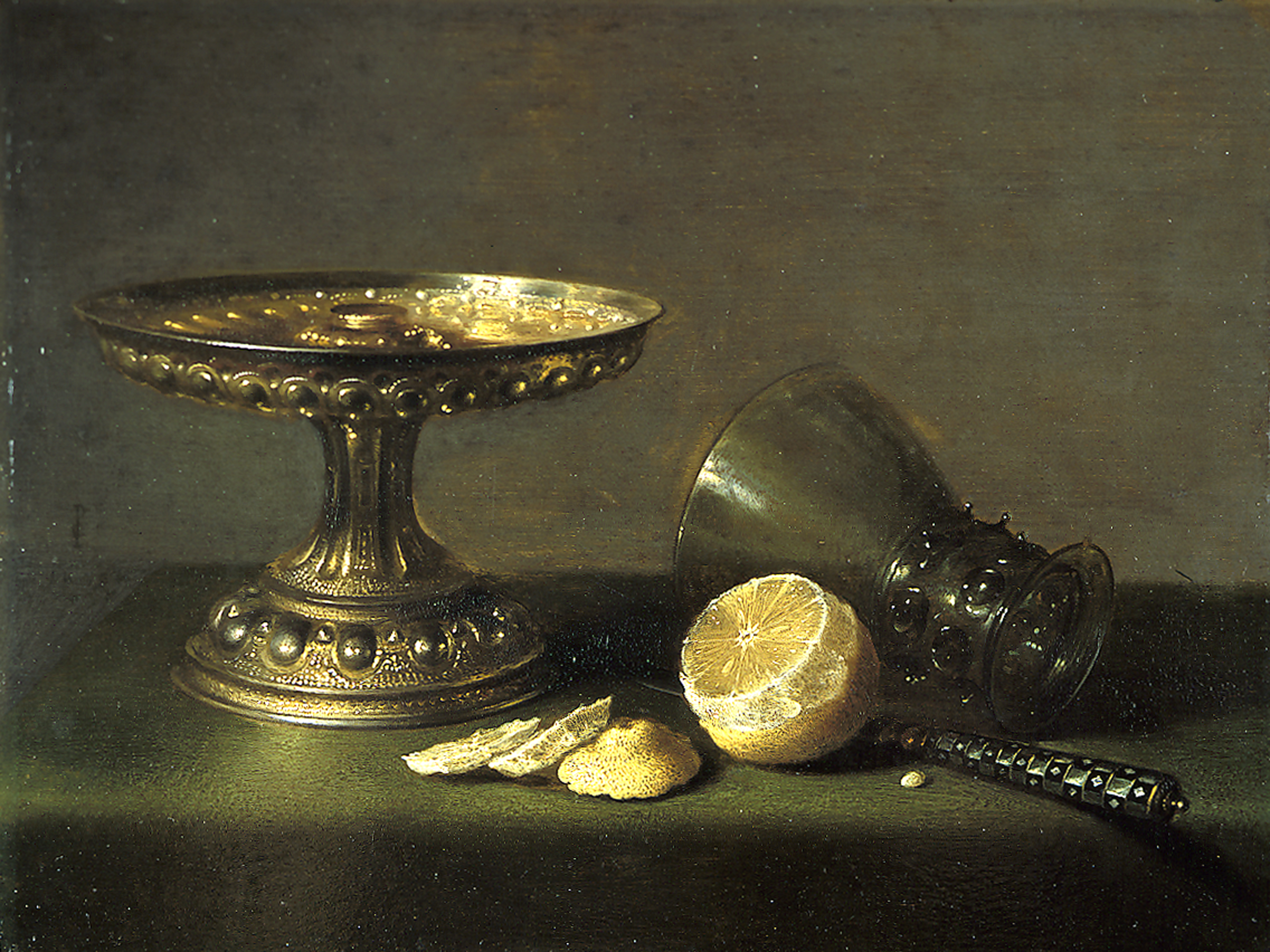