Roger Ballen (b. New York, 1950) enjoys world-wide recognition for his disturbing photographs of poor, degenerate whites who live on the edges of South Africa’s society. Since 2000 Ballen has once again made a series of extremely curious photographs on this subject, Shadow Chamber, with nightmarish scenes.

This series was shown in Europe for the first time in the autumn of 2005 at De Hallen Haarlem. For this retrospective exhibition work was also selected from his earlier series Outland (2001) and his photo book Platteland. Rural South Africa (1994).

After Haarlem the exhibition travelled on to Antwerp, Hamburg and Madrid.

At a very early age Ballen came into contact with photography through his mother, who worked for the famed photo collective Magnum and also had a photography gallery in New York. There she showed work by great masters such as Edward Steichen, Cartier-Bresson and Paul Strand. After he studied geology at the University of California, Berkeley, Ballen travelled around the world for five years as a backpacker, visiting Greece, Nepal, Israel, Egypt and other countries, ultimately coming to Cape Town in 1974. In 1982 he settled for good in South Africa, where he found work in the mining industry as a geologist. During his many trips across the sparsely populated countryside in search of minerals, Ballen began to take photographs of the people he met. Very quickly he began to focus on photography professionally, and since then he has published sis photo books and had an impressive number of international exhibitions.

Roger Ballen’s work is included in the collections of the Stedelijk Museum Amsterdam, the MOMA in New York, Museum Folkwang in Essen, the Los Angeles County Museum and the Victoria and Albert Museum in London. In 2002 he was selected as the ‘photographer of the year’ at the prestigious Arles photo festival and was among the nominees for the Citibank Photography Prize in London. The year before one of his pictures was named as the Unicef photo of the year, and the magazine Photo Eye chose his book Outland as the best photography book of the year.

When the photo book Platteland: Images of a rural South Africa appeared in 1994, a book full of portraits of poor, degenerate whites, the white population were outraged. According to the conservative right Ballen had betrayed the Afrikaner people, by turning his camera not on the privileged, successful whites, but precisely on the deformed and underprivileged whites who lived under the poverty line. ‘For me, the issue was that these people were not supposed to exist in South Africa,’ Ballen explains. ‘South Africa was the country of successful, superior whites, who had made their white people a success. I upset that idyllic dream. Worse yet, I revealed how the system had failed its own people.’ Yet the book was not primarily intended as a provocation, let alone to ridicule a people. What was important for him was that he wanted to visualise anxieties and not having control of one’s own life, and so so in a manner that would speak to people.

In his book Outland (2001) he was no longer satisfied with the natural backdrops for his subjects, but controlled things himself. He altered the backgrounds, with branches, cables, dead animals or other properties, creating the desired settings himself. These photographs no longer deal with ‘exceptional’ people, but he seeks out the absurd and grotesque. He enters the terrain in which reason is defeated by physical, moral and psychic decay. 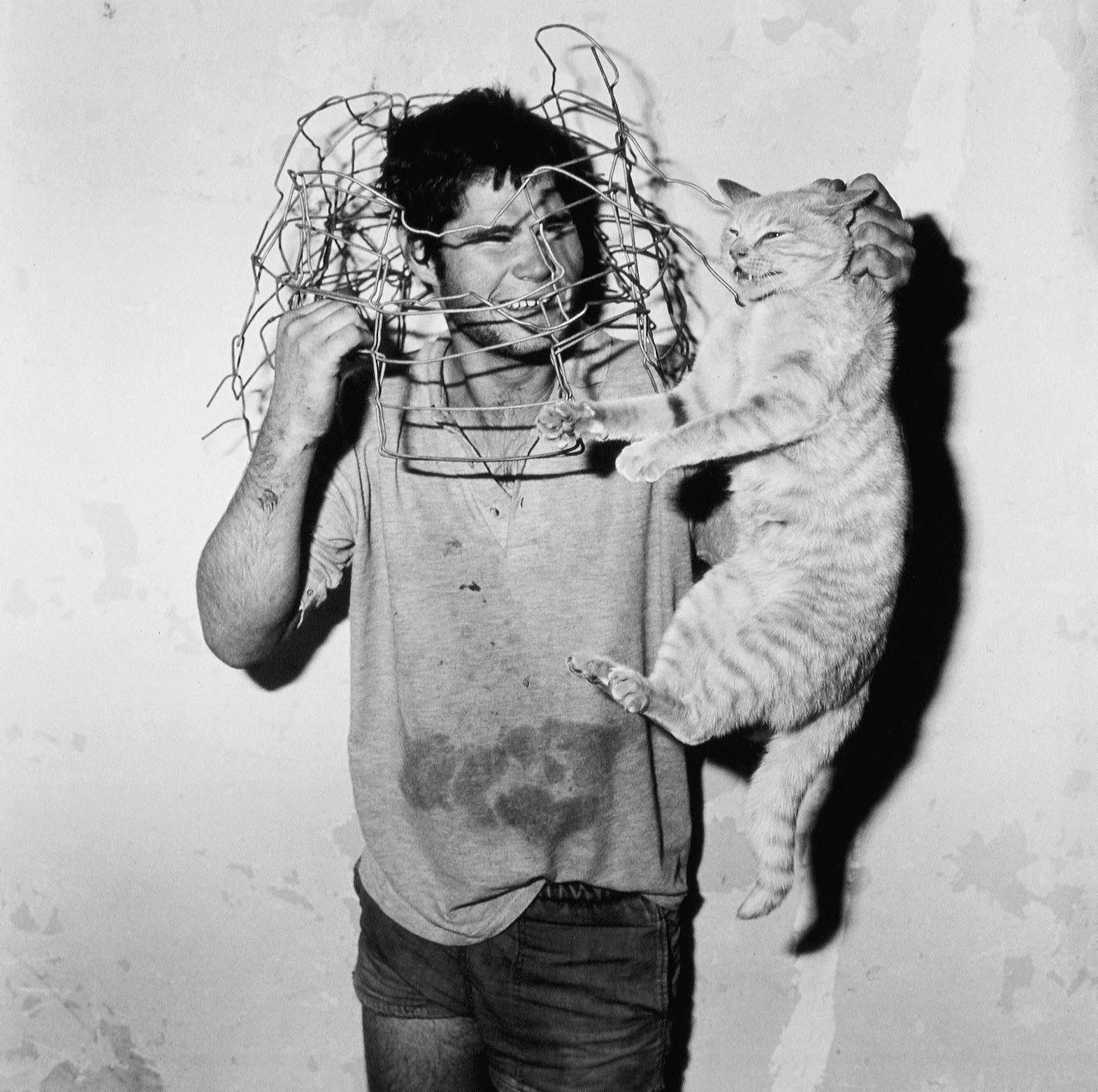 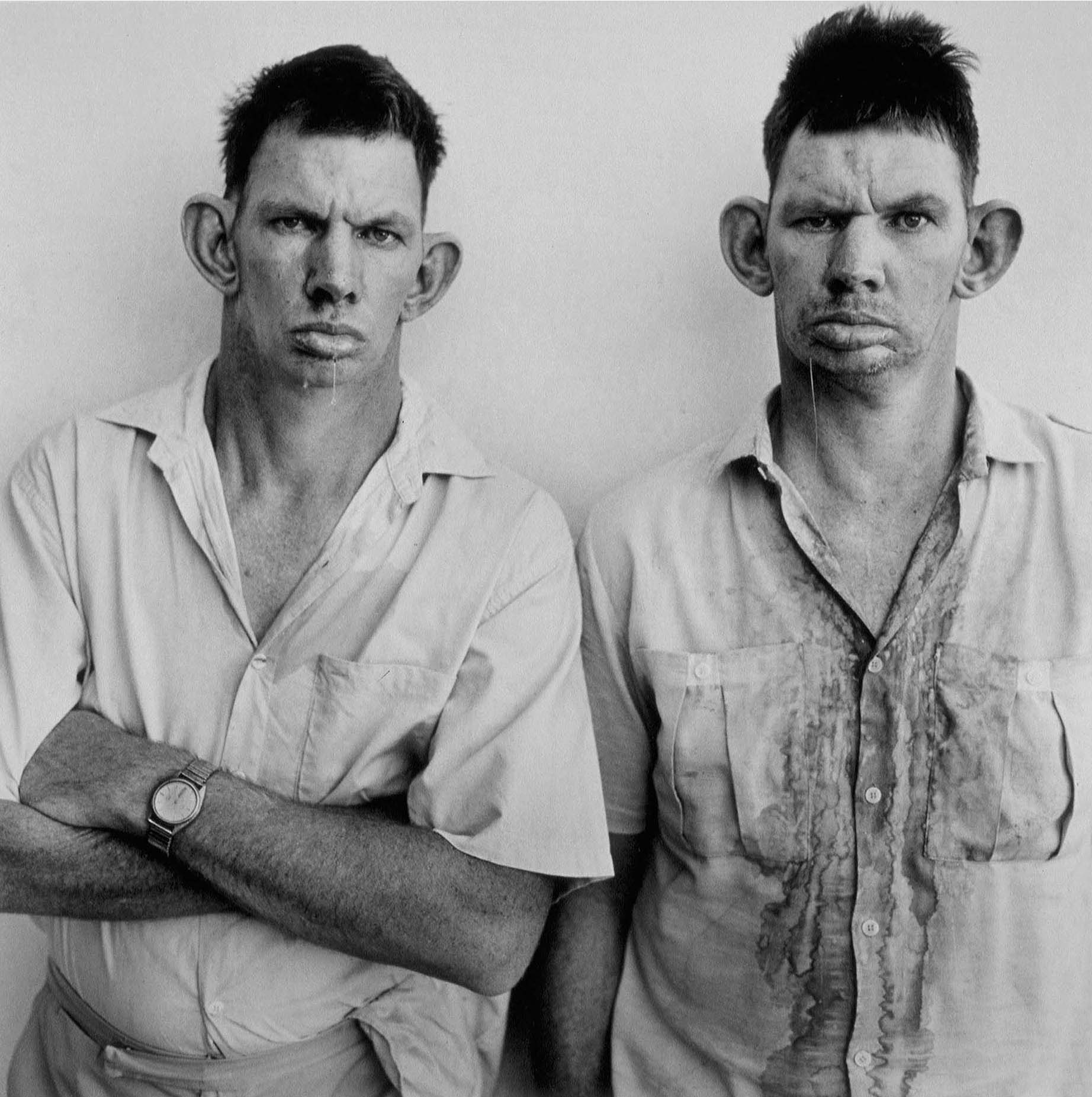