From 1 December De Hallen Haarlem presented English artist Roger Hiorns’s first solo museum exhibition in the Netherlands. Hiorns gained wide recognition with his spectacular work Seizure(2008): a titillating transformation of a London working-class house, which was nominated for the Turner Prize. For this monumental work he had the house’s entire interior covered with copper sulphate crystals; the visitor entered a sparkling, fairytale world. From 1 December 2012 until 24 February 2013 De Hallen Haarlem has shown the sculptor’s recent and new work. Simultaneously there was a solo presentation on view by Joseph Beuys that traced the historical roots of Hiorns’s work.

Like a contemporary alchemist Roger Hiorns (Birmingham, 1975) works with unexpected natural materials. The use of fickle and uncontrollable materials like copper sulphate, brain matter and fire typifies Hiorns’s practice. For him a sculpture is never a static object, but always in motion – the idea of ‘transformation’ is central to many of his works.

Working method
Hiorns questions the way we cope with things surrounding us. To what extent are we able to really know an object? And how does our understanding of a sculpture change when we know that a cow’s brain has been incorporated? Does a sculpture acquire new meaning when we know that a religious community prays to it from a distance? With Hiorns nothing is like it seems. The copper sulphate crystals, with which the artist has covered not only a house, but car engines and other objects as well, keep on growing on a microscopic level. His works of art do not present a complete story, but they beg the question whether our ratio is capable of fathoming the world.

New work
For the exhibition in De Hallen Haarlem Hiorns has created a large group of new sculptures, that is being supplemented by a selection of his recent works. The new works will show a great variety in materials (aircraft engines, kitchen tables, park benches) and aesthetic approaches, while simultaneously sharing a common denominator. They are all connected by the occasional presence of a naked boy, who ‘activates’ the lifeless sculptures by taking a seat on them. Hiorns will also create subtle connections to symbolic locations in Haarlem outside of the museum. The exhibition will thus invisibly propel itself into the public arena. 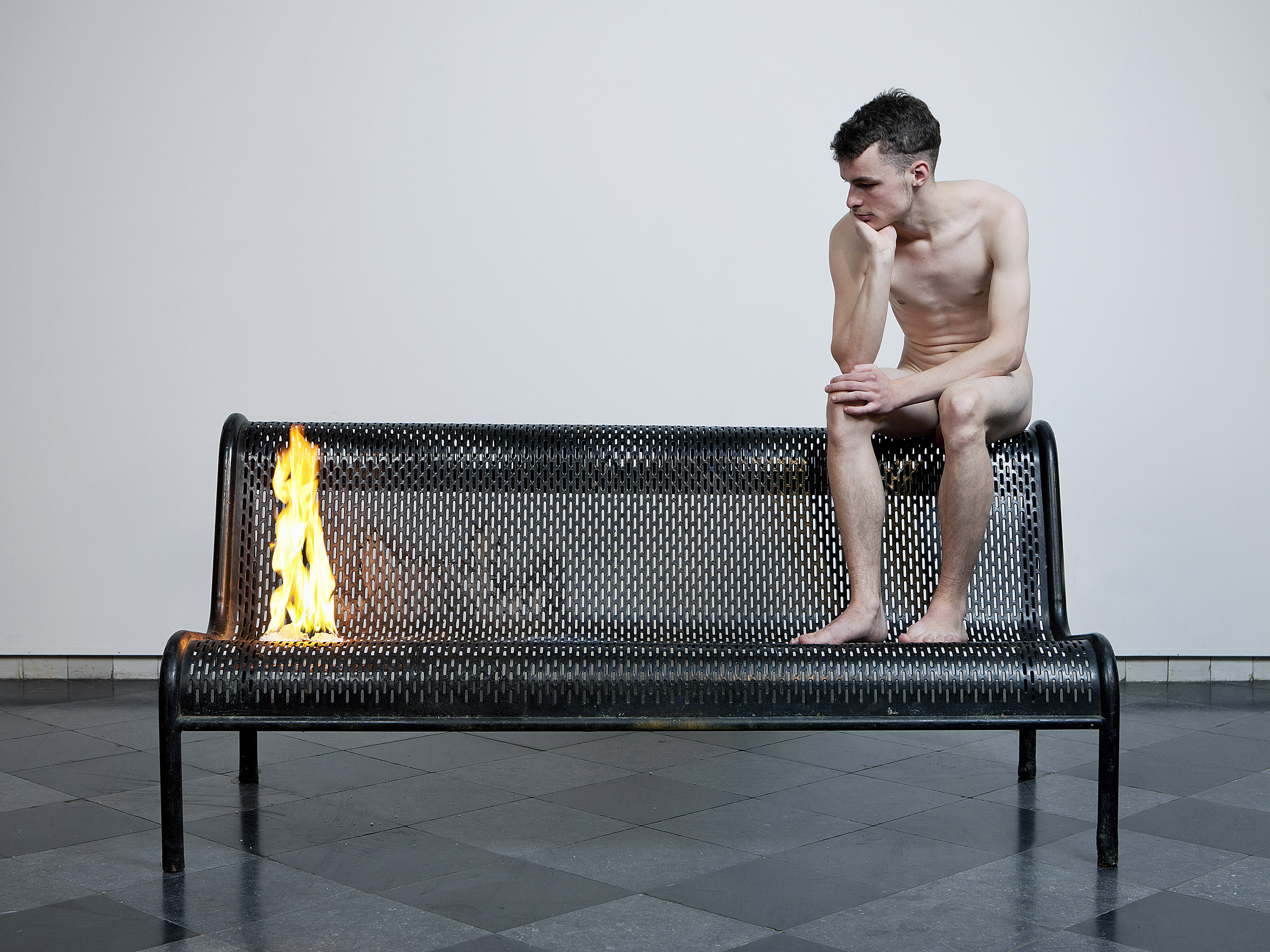 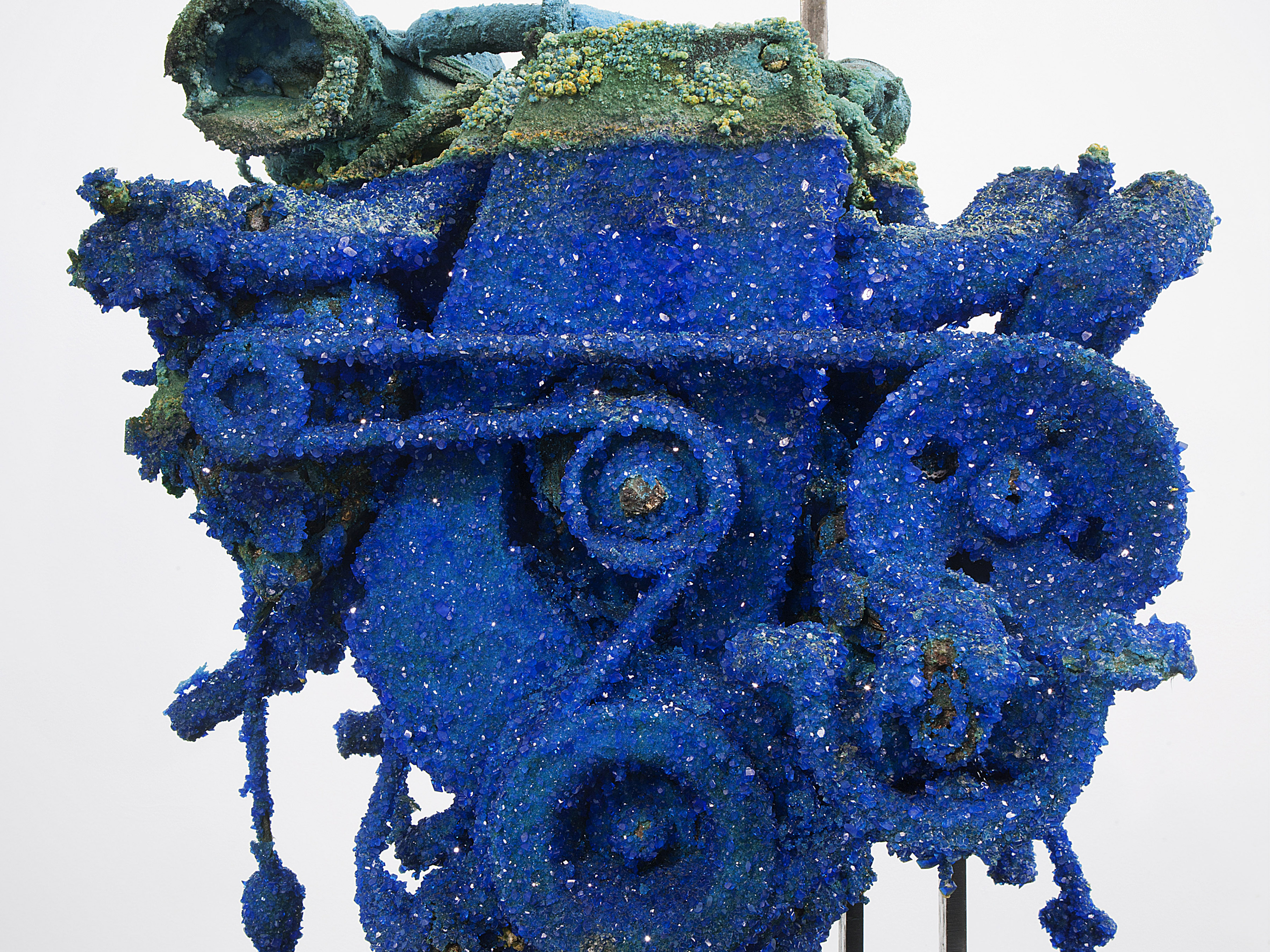 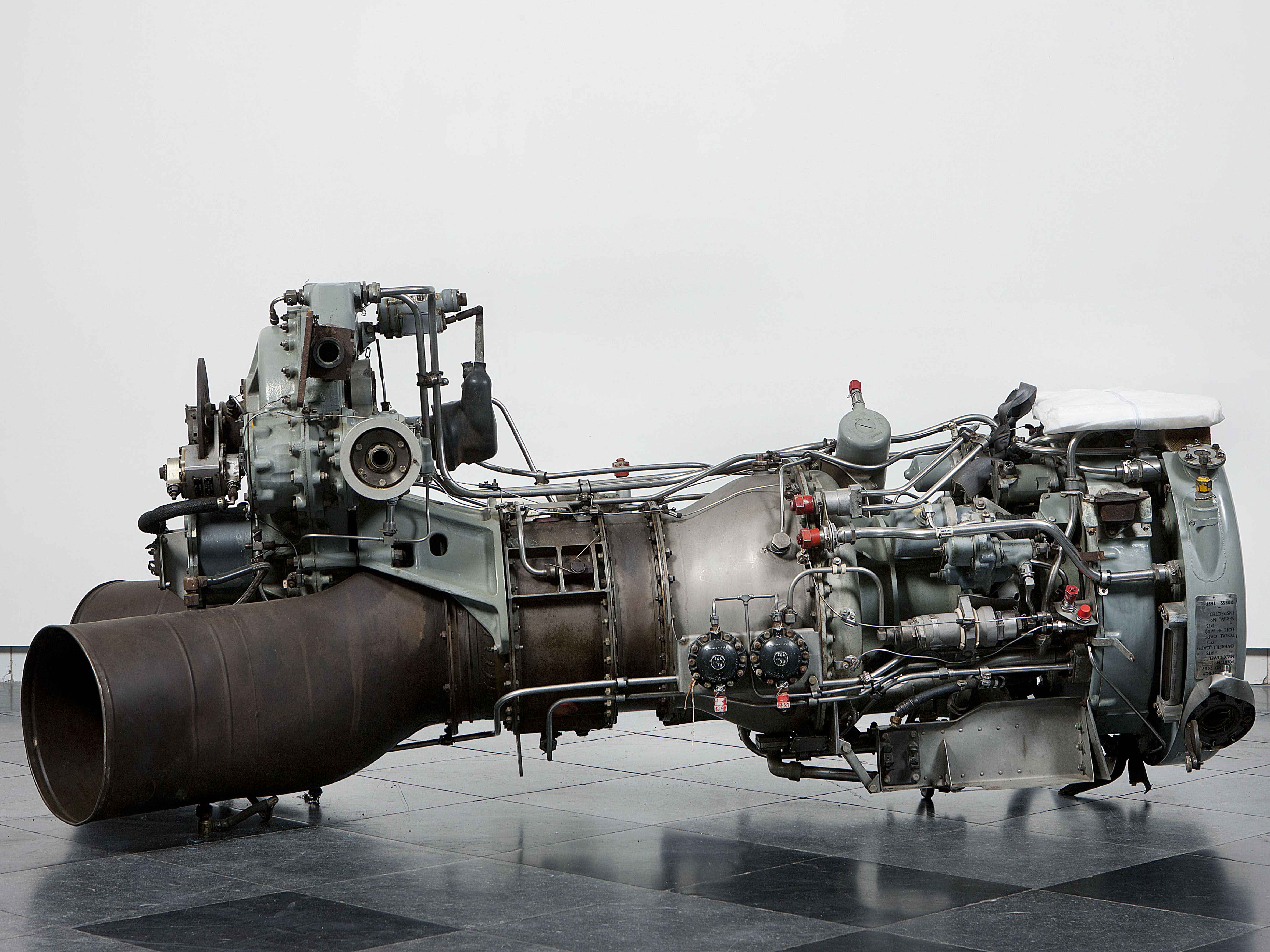