The solitary nude person is the subject for the artist Ron Mueck, born in Australia in 1958. His hyperrealistic sculptures, from very small to super-large, create disturbing and insinuative effects. The figures, a woman in advanced pregnancy, a mother with he newborn on her stomach, a baby in swaddling bands, a man in a boat, a self-portrait and people in various stages of ageing, are made so realistically, down to the pores in the skin, that you are inclined to try to speak to them. Since his sensational debut in 1997 at the ‘Sensation: Young British Artists from the Saatchi Collection’ show in London’s Royal Academy, Mueck’s sculptures have created great commotion around the world. This exhibition, which was previously to be seen at the Museum of Contemporary Art in Sydney, the National Gallery in London and the Hamburger Bahnhof in Berlin, included ten of his sculptures.

Ron Mueck worked for over twenty years as a puppet maker for television, film and KitKat commercials when the small sculpture of Pinocchio (1996), a small, naughty boy, was included in the retrospective exhibition of the artist Paula Rego – Mueck’s stepmother – in the Hayward Gallery. Charles Saatchi noticed this unusual sculpture. He invited Mueck to participate in his much-discussed 1997 exhibition of young British artists (the YbA’s). The small, quiet image of Mueck’s dead father, faithful down to the hairs on his legs, caused a sensation. In 1999 Mueck was asked to produce work in the ateliers of the National Gallery in London in relation to the museum’s world-famous collection.

In recent years the artist has concentrated on the most radical events in human life: birth and death. In addition to dealing with pregnancy and birth, Mueck makes sculptures of old people, very tired, sometimes almost dead. In 2001 the nearly five meter high sculpture of a squatting boy was the most photographed image at the Venice Biënnale.

His incomparable skills and great technical proficiency link Mueck with the craftsmanship that dominated Western art until the second half of the 19th century. He works from live models and anatomy books. After a number of studies of the model Mueck produces the image in clay, true to nature right down to the smallest wrinkles in the skin. He chooses his format by the subject: sometimes smaller, sometimes larger than life. A mould is made from the clay model, the inside covered with pigment, and then filled with silicon and fibreglass. After that follows the months of work in which the skin is brought up to the right colour and the hairs implanted one at a time.

Despite their terrifying realism, Mueck’s sculptures seem vulnerable and introverted. They seem to exist in their own universe, closed off from our gaze. 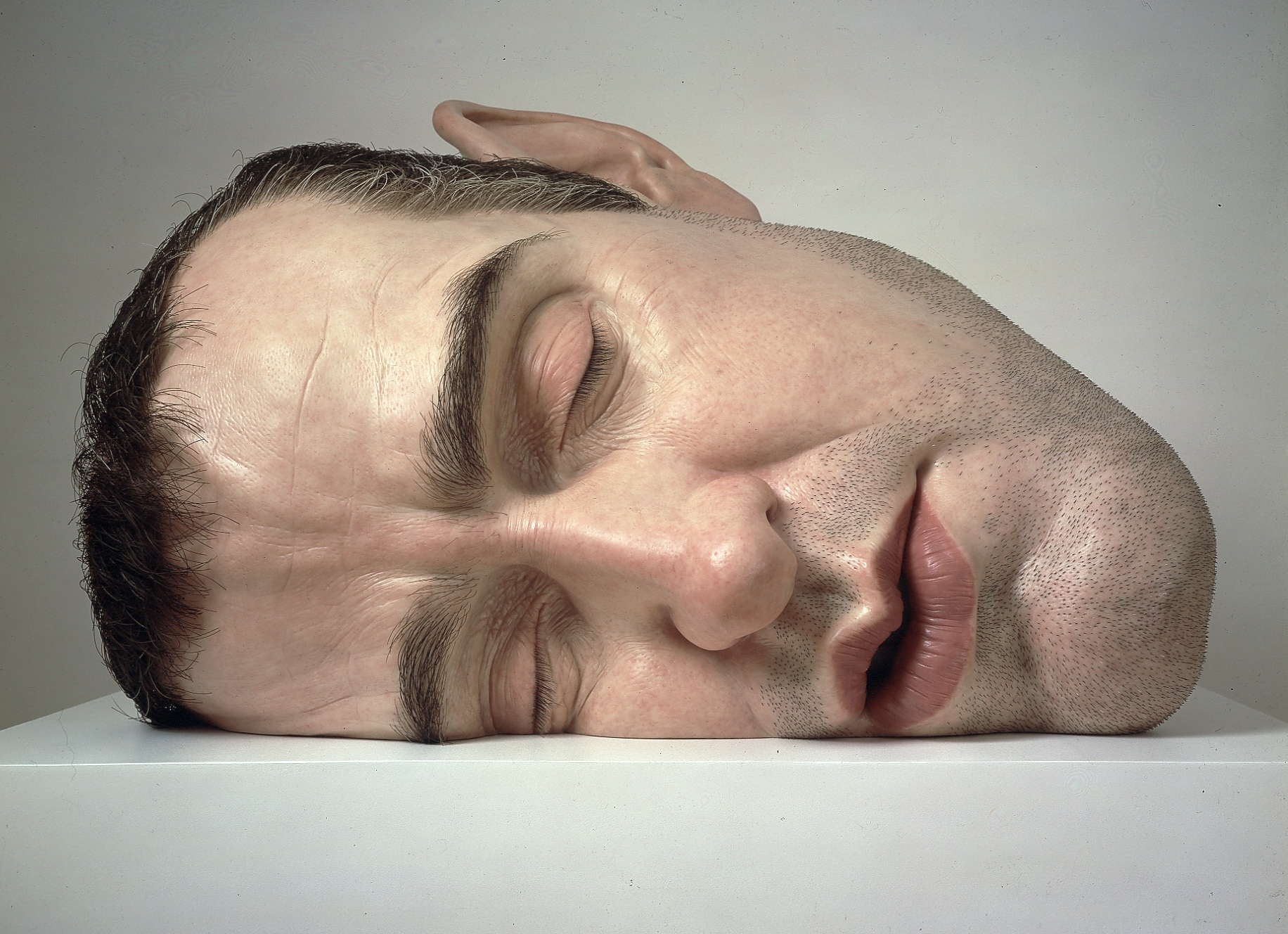 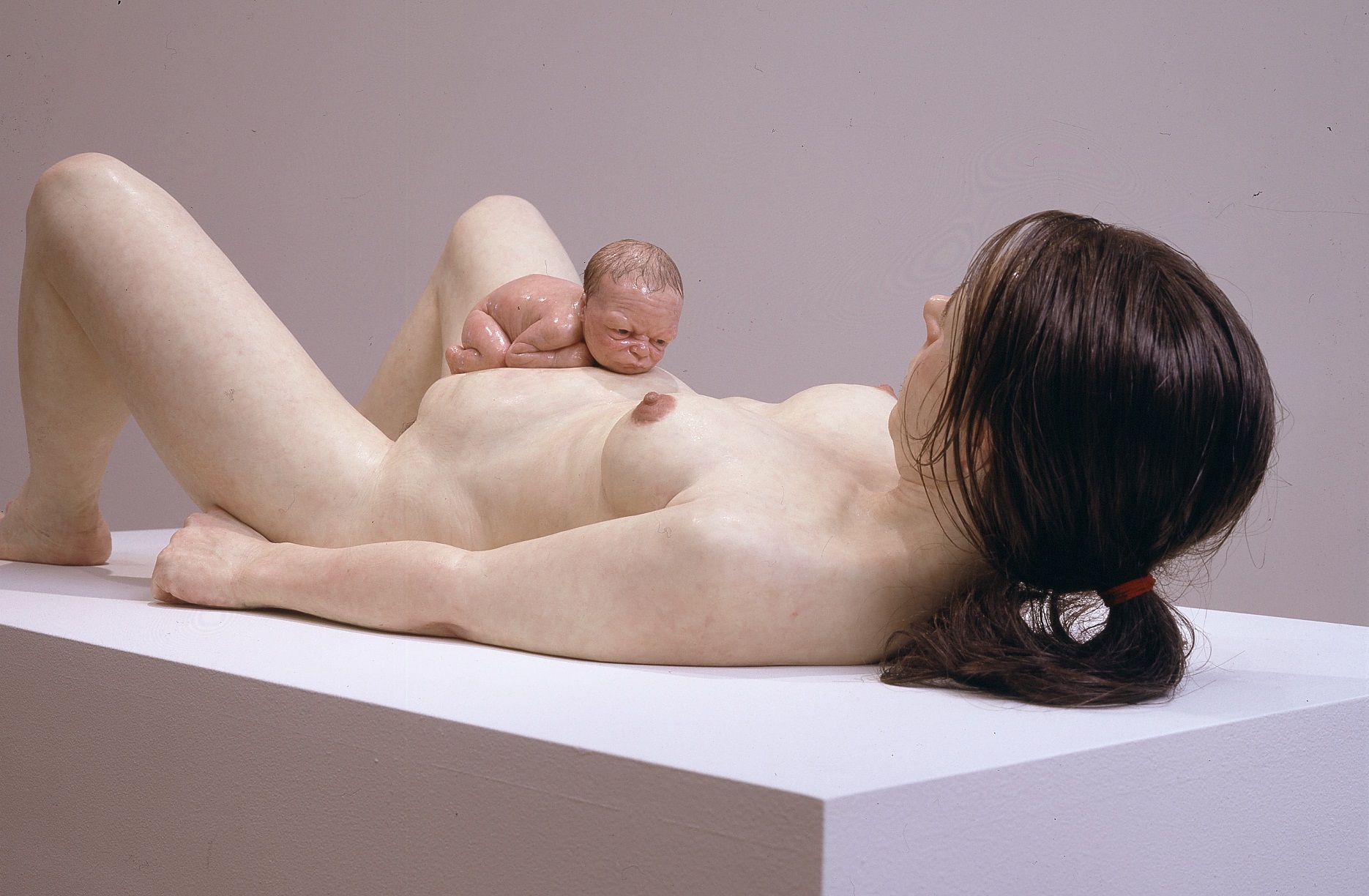