Strangers in our Midst

Genre Painting during the Age of Frans Hals

From 20 September 2003 – 4 January 2004 the Frans Hals Museum will hold an exhibition of genre pieces by Frans Hals and his contemporaries. The works to be exhibited are from private collections and museums in Europe and the United States. As well as paintings by Frans Hals, the exhibition will include works by other famous painters who worked in Haarlem such as Judith Leyster, Jan Miense Molenaer, Dirck Hals, Willem Buytewech, Adriaen Brouwer, Isack and Adriaen van Ostade, and Jan Steen. These pictures show amusing scenes from everyday life in the Dutch Golden Age, such as merry companies of fashionable people making music, peasants dancing and feasting, and humorous scenes of mischievous children. Pictures of this kind are now known as genre paintings. Although the paintings are very entertaining, they also contain many exhortations to live a life in which moderation, decency and devoutness prevail.

In the early years of his career, as well as commissioned portraits Frans Hals also painted genre pieces for the free market. These works had a significant influence on the work of his contemporaries. Hals’s genre pieces resemble portraits: he puts the greatest emphasis on the facial expressions of his figures, which look very lifelike and natural. His subjects have comical, satirical overtones, often with allusions to love or the brevity of youth.

A new theme introduced by Frans Hals was that of children laughing and playing. Often they are doing something naughty or imitating the bad behaviour of adults, as in the painting ‘Two Laughing Children with a Pitcher’ from the Hofje van Aerden in Leerdam. Judith Leyster and particularly Jan Miense Molenaer – who was also a pupil of Frans Hals’s for a while – painted several comical examples of this genre. Molenaer’s were very successful. He also painted a series of pictures showing the reprehensible behaviour of adults: wastefulness, immoderate eating and drinking, smoking, playing cards and squandering money in the company of harlots. Jan Steen’s ‘Feast of St Nicholas’ is of course also similar in theme.

A subject that was much in demand was the ‘Merry Company’, an originally Flemish theme which was further developed by Willem Buytewech and Dirck Hals, Frans’s younger brother. Their paintings show the conduct of the careless young, frittering away their lives on drink, women and revelry.

From 1610 on the peasant genre was developed in Haarlem. In imitation of Pieter Brueghel, Adriaen Brouwer painted scenes of peasants fighting, smoking and drinking, and of charlatans. Brouwer depicted the coarse lives of peasants. Adriaen and Isack van Ostade continued this tradition, but from about 1640 their peasants are presented as less rough and boorish.

When Jan Steen went to live in Haarlem in 1660, he began to copy the themes of the Van Ostade brothers, in large pictures with many more figures and a wide range of burlesque situations. Jan Steen also elaborated on Jan Miense Molenaer’s themes with subjects like ‘as the old sang, so the young pipe’ and amusing scenes of boys teasing, school classes and children playing. In pictures such as ‘The Feast of St Nicholas’, he denounced the excesses which took place at such merry feasts.

In short, Frans Hals and his contemporaries took human failings as the subject of their pictures, presenting them in contemporary, quasi-everyday settings. Seventeenth-century viewers would undoubtedly have found these narrative pictures very amusing, and would have understood their moral meaning. The moral messages in these paintings provide a good illustration of the norms and values of our seventeenth-century forebears. Similar didactic and moralistic messages can also be found in the literature of the time, for example in the emblem books and poems by Jacob Cats and Johan de Brune and the farces and comedies by Gerbrand Adriaenszoon Bredero and Constantijn Huygens. Even in songs from the songbooks such as the Haerlems Liedtboeck, which were hugely popular at the time, there are moralistic overtones. 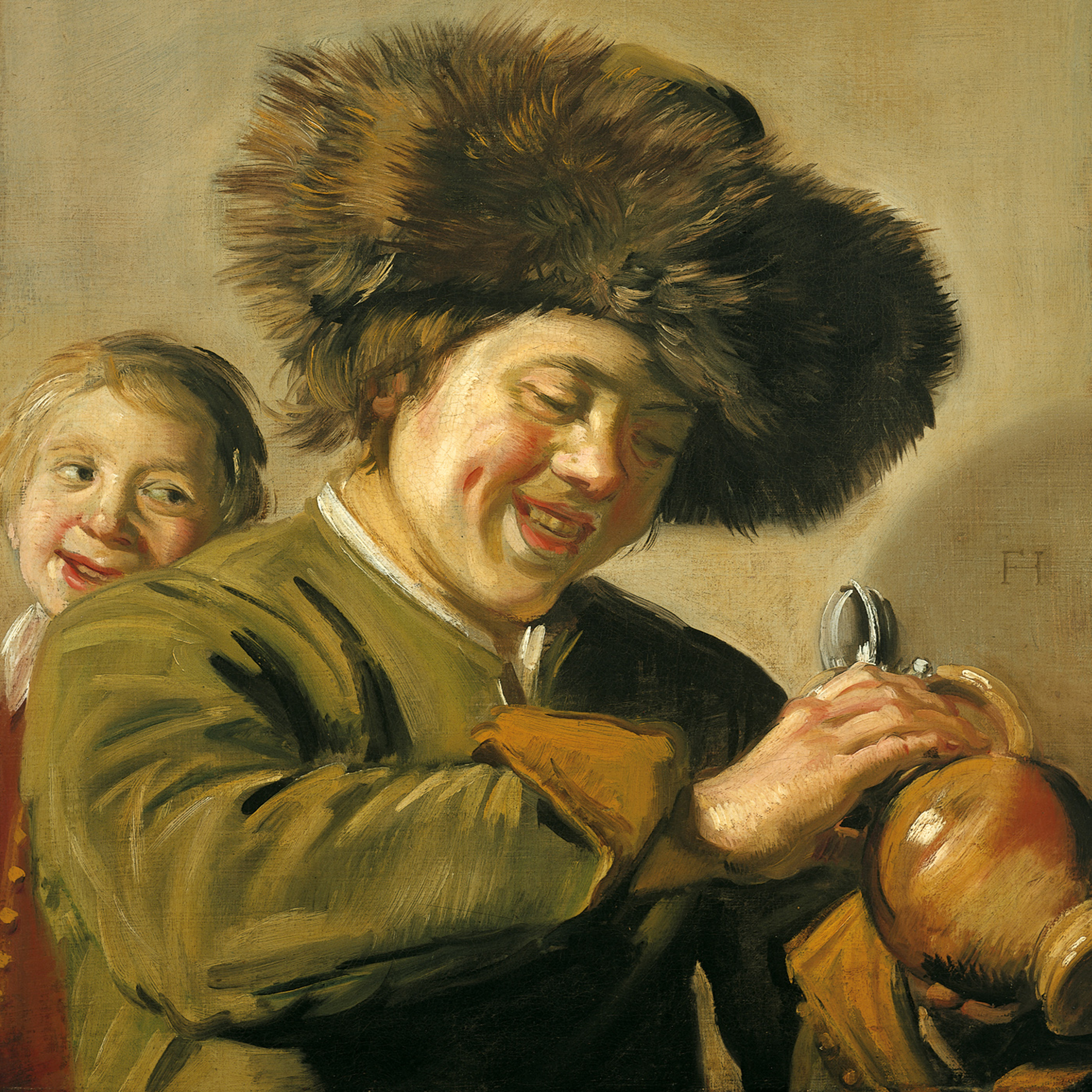 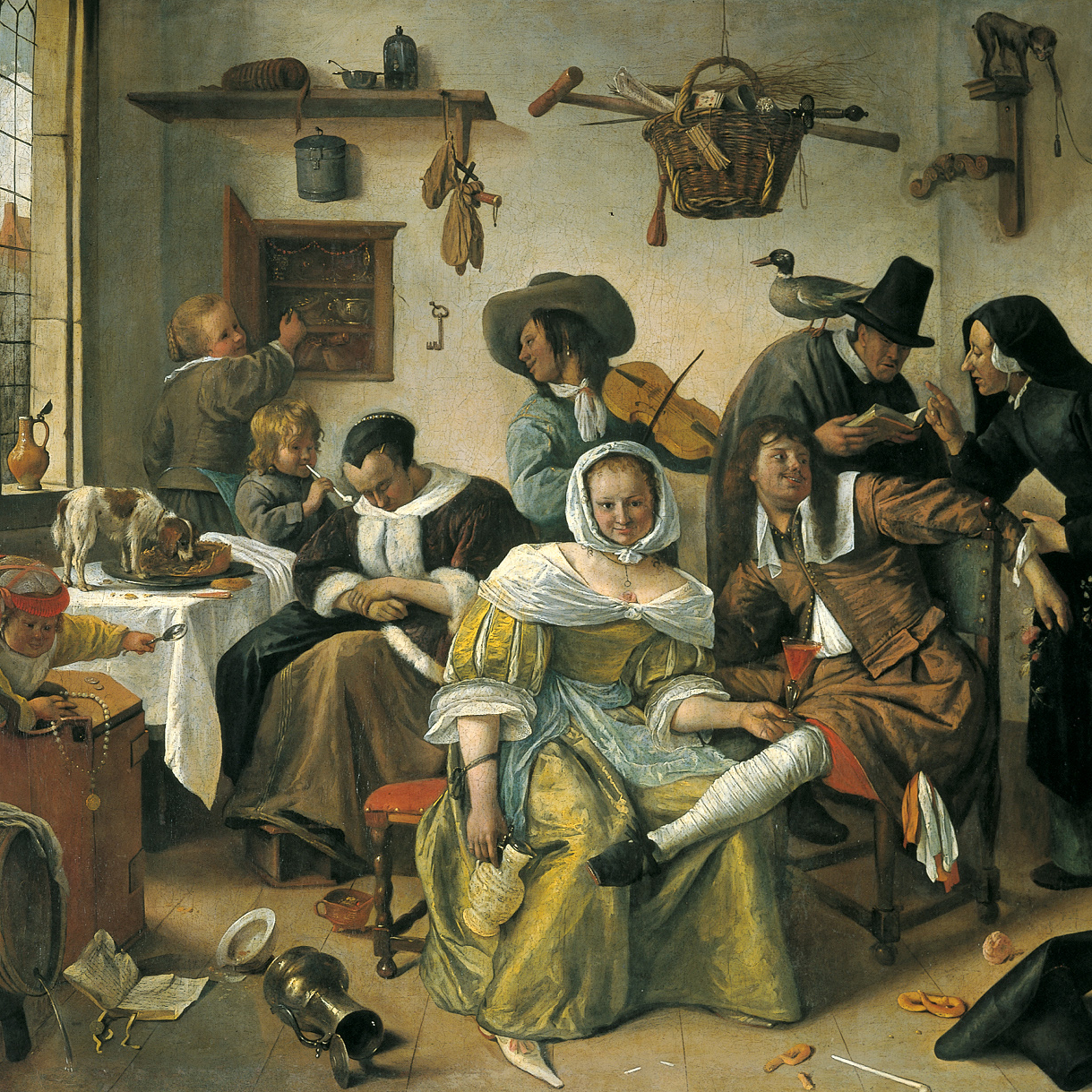