The Sainsbury Centre for Visual Arts in Norwich

Many of the ceramic works on view originated during residencies at the EKWC in ‘s Hertogenbosch. Not only have quite a few Dutch artists worked at the EKWC, but numerous British artists have also experimented there. In both countries the number of visual artists working with ceramic has increased greatly, and it is this development that served as the impetus for organising this exhibition. Presented here is a selection of 60 works by 19 artists and designers active in the Netherlands and England: Gijs Assmann, Simone van Bakel, Rob Birza, Adam Colton, Iris Eichenberg/Jeroen Bodewits, Bruce Gernand, Anthony Gormley, Tony Cragg, Sigurdur Gudmundsson, Heringa/Van Kalsbeek, Hella Jongerius, Anish Kapoor, Pieter Kusters, Lorna Lee Leslie, Ted Noten, Nicholas Pope and Christoph Zellweger.

The title of the exhibition, Slip, refered to the binding medium (wet clay) used to join more or less dry parts of a ceramic object. Moreover, this title also alludes to the fact that nowadays autonomous art and design regularly overlap in ceramics. In the case of several of the artists, sculpture and design are simultaneously recognisable within a single work. These ‘cross overs’ likewise play an important role in this exhibition.

The Sainsbury Centre for Visual Arts

The Sainsbury Centre for Visual Arts in Norwich was designed by the architect Norman Foster. In 1978, he received the commission for the construction of The University of East Anglia, The School for Art History and The Art Galleries, which had to be grouped in a rural setting. He worked on this project together with the Dutch designer Kho Liang Ie. In 1988 Foster was asked to extend the complex with a new wing, which was specially designated to accommodate the study collection comprising more than 1000 objects, as well as the collection of ceramics by Hans Coper and Lucie Rie.

The museum’s core holdings consist of the so-called ‘Sainsbury’ collection assembled by Sir Robert and Lady Lisa Sainsbury. It is one of the most important collections in England and contains western art as well as art from Asia, the Cyclades, the Pacific, Africa and Colombia. Its foundations were laid in 1933 with the acquisition of Henry Moore’s Mother and child and in the course of time was augmented with work by Giacometti, Bacon, Zadkine, Picasso, Rouault, Morandi and Arp.

The EKWC originated from the Ceramic Work Centre (KWC) which was formerly located in Heusden near ‘s Hertogenbosch. Primarily Dutch ceramists worked there for longer or shorter periods of time. In 1992 the centre moved to a former factory complex in ‘s Hertogenbosch, where it evolved into an international workshop. There visual artists, ceramists and designers, assisted by the staff, are given the opportunity of exploring the artistic and technical possibilities of ceramic as a medium. The EKWC works on a project basis with art education, the ceramics industry, scientific research institutions, museums and galleries. 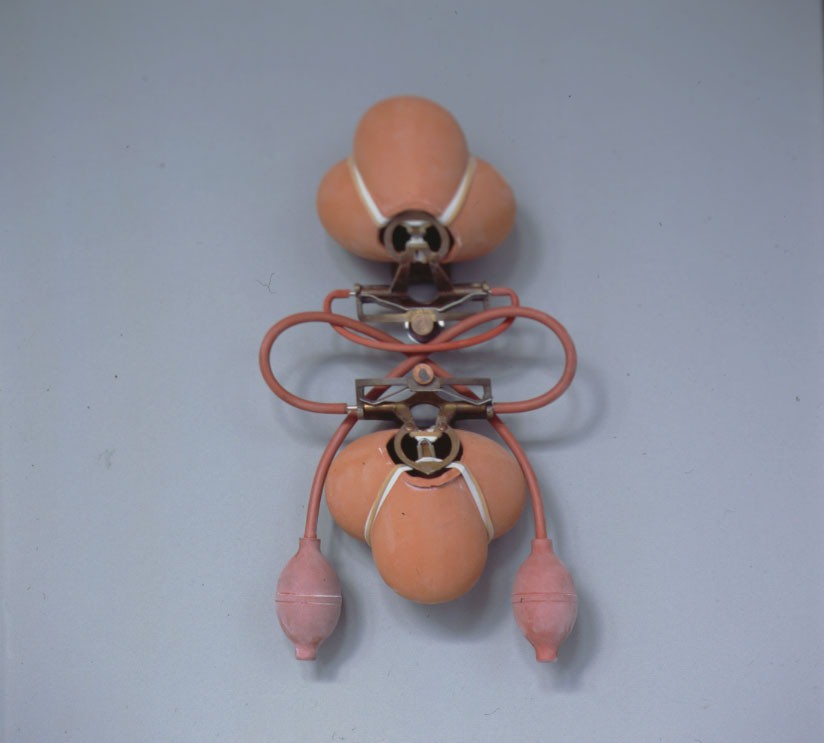