From 15 September until 18 November De Hallen Haarlem presented Studio Verwey, named after Haarlem artist Kees Verwey. Frans Hals Museum | De Hallen Haarlem administers Verwey’s estate and regularly exhibits his work. The exhibition Studio Verwey researched the studio’s role for contemporary artists. Verwey worked mostly within the four walls of his studio, but what is the relationship that young artists have with their working space? Five artists who at one time or another received a Fellowship from the Kees Verwey Foundation at the Rijksakademie in Amsterdam showed their recent work: Ištvan Išt Huzjan, Tomoko Kawachi, Tala Madani, Derk Thijs and Sarah Verbeek. The exhibition focused on how these artists from different nationalities and generations make their art in the year 2012. The exhibition was in keeping with De Hallen as a platform for young talent from home and abroad.

Studio Verwey refers to the Haarlem artist Kees Verwey (1900-1995), who made his name as a painter, watercolorist and draughtsman. His studio in Haarlem was an important source of inspiration for him. His monumental studiopieces are a high point in his oeuvre. Photographs of Verwey in his studio, seated behind his painter’s easel, show the archetypical artist.

Globetrotters with a fixed workplace

For most of his life Kees Verwey remained in Haarlem, where he spent his time in the studio to paint. The five former Rijksakademie residents are very much internationally oriented. Their work varies from figurative drawings to conceptual installations. The studiospace is what they have in common. All of them spent time in one of the studios of the Rijksakademie and each of them still has a place of their own where they are able to work freely, paint on a daily basis or do research.

The lifecycle of the artwork: from studio to storage

Architect Jarrik Ouborg (1975) created the design for the exhibition, which he tailored to the idea of the artist’s studio. Studio Verwey demonstrates that artists are still very much attached to a physical workspace in these times of digitalization and mobile communication. That is the place where they can experiment with new forms, colours and concepts, before bringing it out into the open where the work takes on new meanings through the confrontation with an audience. In Studio Verwey the confinement of the studio is set off against the museum’s public nature. When is an artwork ready to leave the studio? How do different circumstances influence the experience of an artwork? Can the museum function as a studio?

The exhibition was accompanied by a publication with interviews and studio portraits of the artists by photographer Jordi Huisman. It was available for free at De Hallen Haarlem. During the exhibition several public activities were organised regarding the artists, their work and the significance and representation of the studio. This project was made possible by the financial support of the Kees Verwey Foundation. De Hallen Haarlem and the Foundation commissioned Radna Rumping and Michiel van Iersel to curate the exhibition.

The Kees Verwey Foundation administers the estate of this Haarlem artist and concerns itself with the dissemination of his mental legacy and work. Since 2005 the Foundation has annually supported a young artist with a Fellowship at the Rijksakademie. The Rijksakademie offers the highest level of artistic, theoretical and technical facilities and expertise to approximately fifty artists from all over the world. With this exhibition De Hallen Haarlem wants to emphasize the Rijksakademie’s infinite significance. 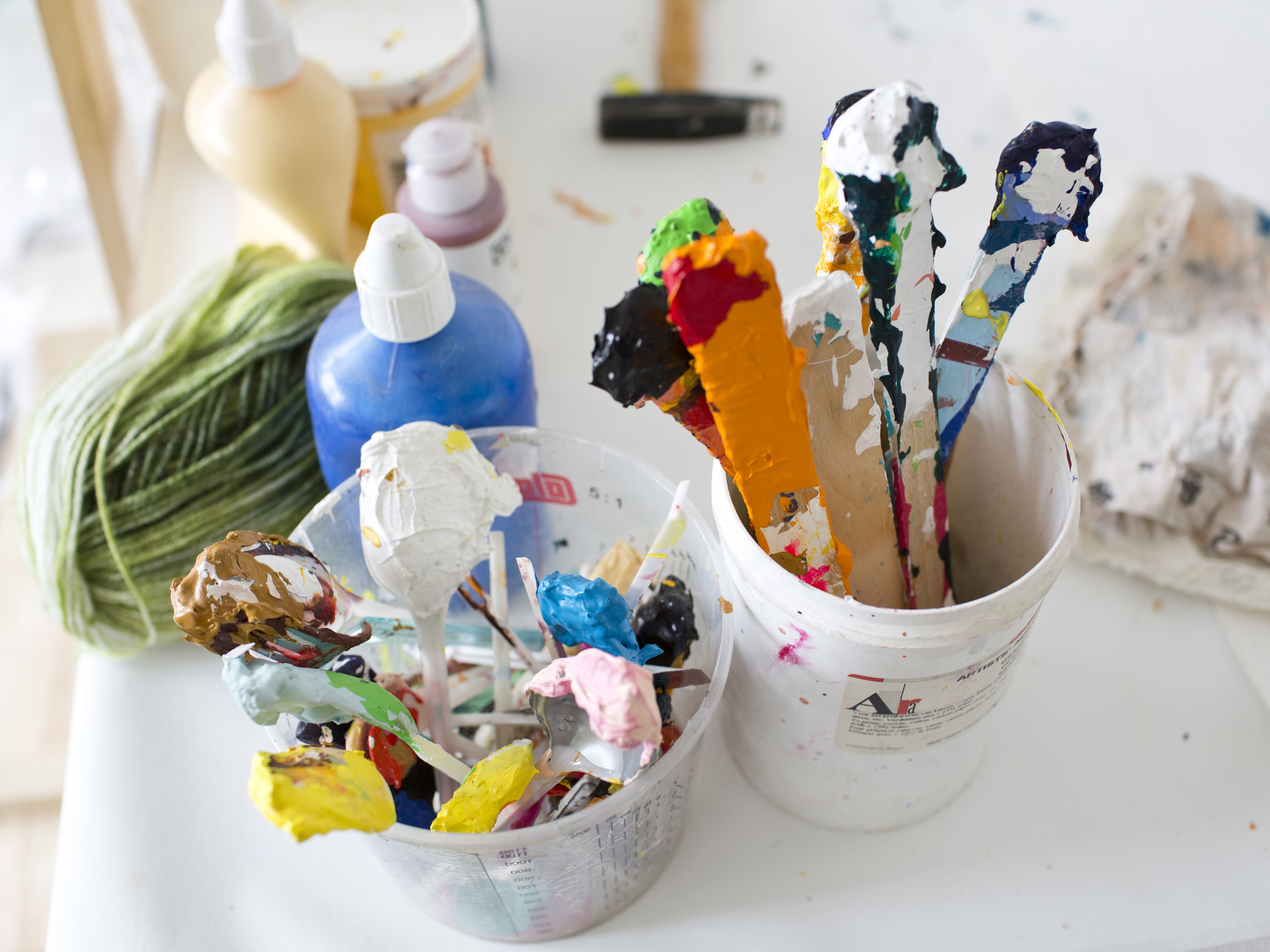 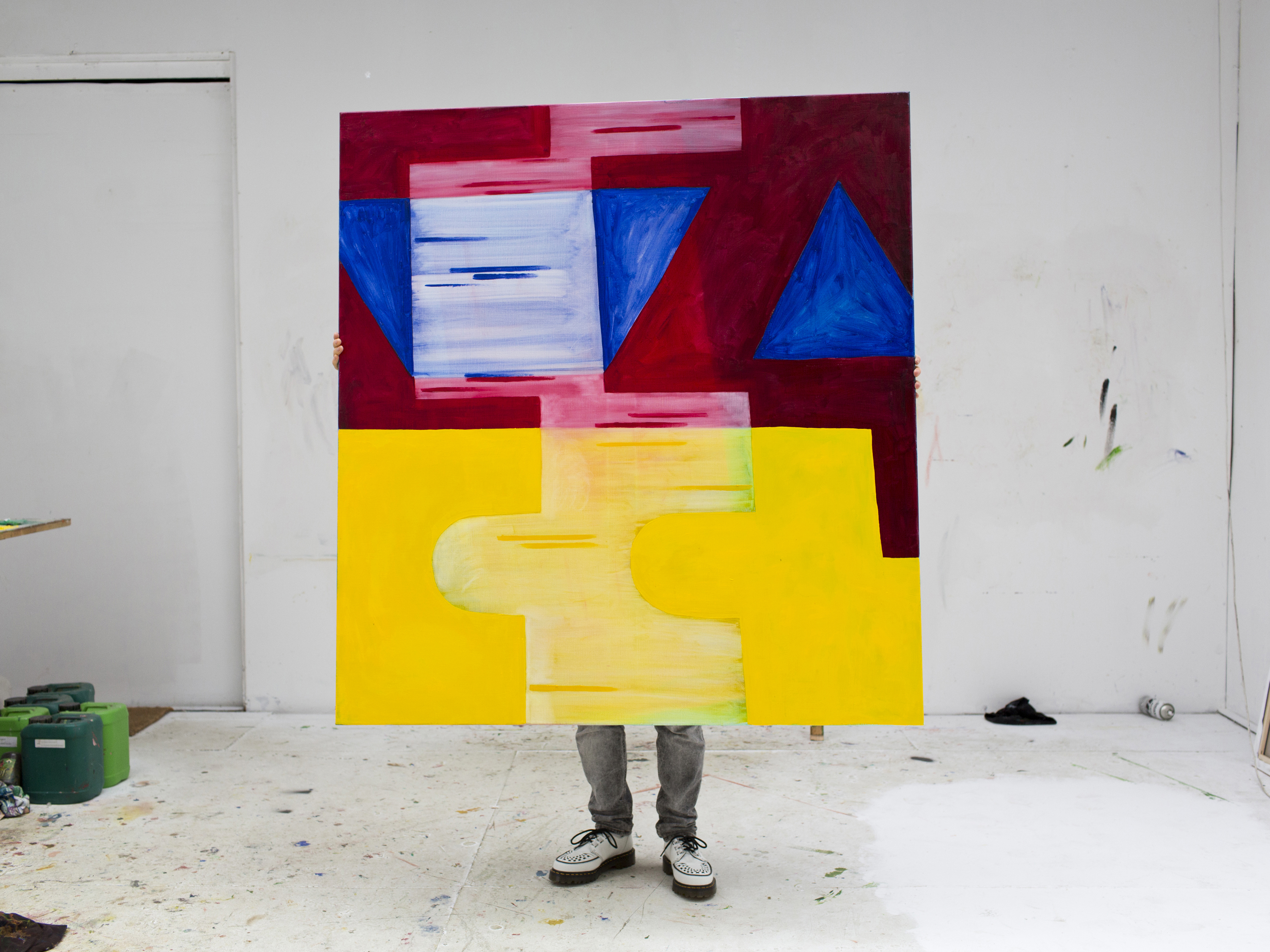