From 19 March to 12 June artist Than Hussein Clark is showing new sculptures—tête-à-têtes—he has developed especially for the Frans Hals Museum. The sculptures are at one and the same time seats and objects to look at against the backdrop of the museum and the collection. Clark invites visitors to sit on the sculpture and strike up an intimate conversation with an object or painting. A lively dialogue has been going on in the Frans Hals Museum between old masters and today’s artists as part of the Conversation Piece series since 2008. The series is being continued and augmented with new work by contemporary artists under the title NEW & OLD.

Than Hussein Clark (Exeter, USA, 1981) lives and works in London and Hamburg. He is fascinated by the forgotten or hidden life stories of authors, artists and thinkers who can be regarded as gay icons, from Marcel Proust and Jean Cocteau to Bruce Chatwin and Henry James. Clark, who draws his inspiration from the history of applied art, blends sculpture with interior elements in his installations and does not shrink from the Baroque and the extravagant. He writes scripts, designs stage sets and directs performances, as an individual artist and as a member of the Villa Design Group collective. His new work in the Frans Hals Museum interacts with the interior and the collection.

His four tête-à-têtes—the name refers to a seat for two people, an intimate conversation and a type of narcissus—are in rooms 6, 14 and 20. The seats are also a setting for a work of art in the museum’s permanent collection. Clark takes a trans-historic approach, selecting works from the sixteenth and seventeenth centuries and marrying them to artworks and objects from the early twentieth century. He invites visitors to sit on the tête-à-têtes, named after the S-shaped piece of furniture known since the nineteenth century as a love seat, study the selected artwork closely, one on one, and strike up a conversation with it, literally or figuratively.

The tête-à-têtes are also important elements in an English-language performance in four acts Clark has developed for the museum. It is loosely based on Henrik Ibsen’s A Dolls’ House (1879) and William Hayley’s Two Connoisseurs, a comedy written for a private theatre in Calcutta in 1787. In Ibsen’s story, which had a great impact on the rise of the women’s movement, the main character, Nora, struggles to free herself from material things and from her family. Hayley’s play describes the relationship between a connoisseur and his collection, from which he tries to break free.

One of the acts from Clark’s play will be performed at 1 p.m. every Sunday for the duration of the exhibition. During the performance the actors directly address the painting or artwork that is part of the tête-à-têtes. They talk to the piece, ask it questions and finally take their leave of it.

The Conversation Piece series, which has featured painters like John Currin and Francis Bacon, continues in the series NEW & OLD. Artists are commissioned to make their relationship with the sixteenth and seventeenth centuries tangible in a medium of their choice. The first artist in this new series was Arnoud Holleman, who took the Civic Guard Room as his inspiration for discovering ‘the erotic look’ in the museum. In 2015 Pavèl van Houten linked craquelure as an organic and aesthetic phenomenon with the restoration of The Regents of St Elisabeth’s Hospital. At the end of August, artist Saskia Noor van Imhoff begins a presentation in which she leads visitors through the building by way of an architectural intervention. Her spatial artworks can be found in the Stedelijk Museum and De Appel. 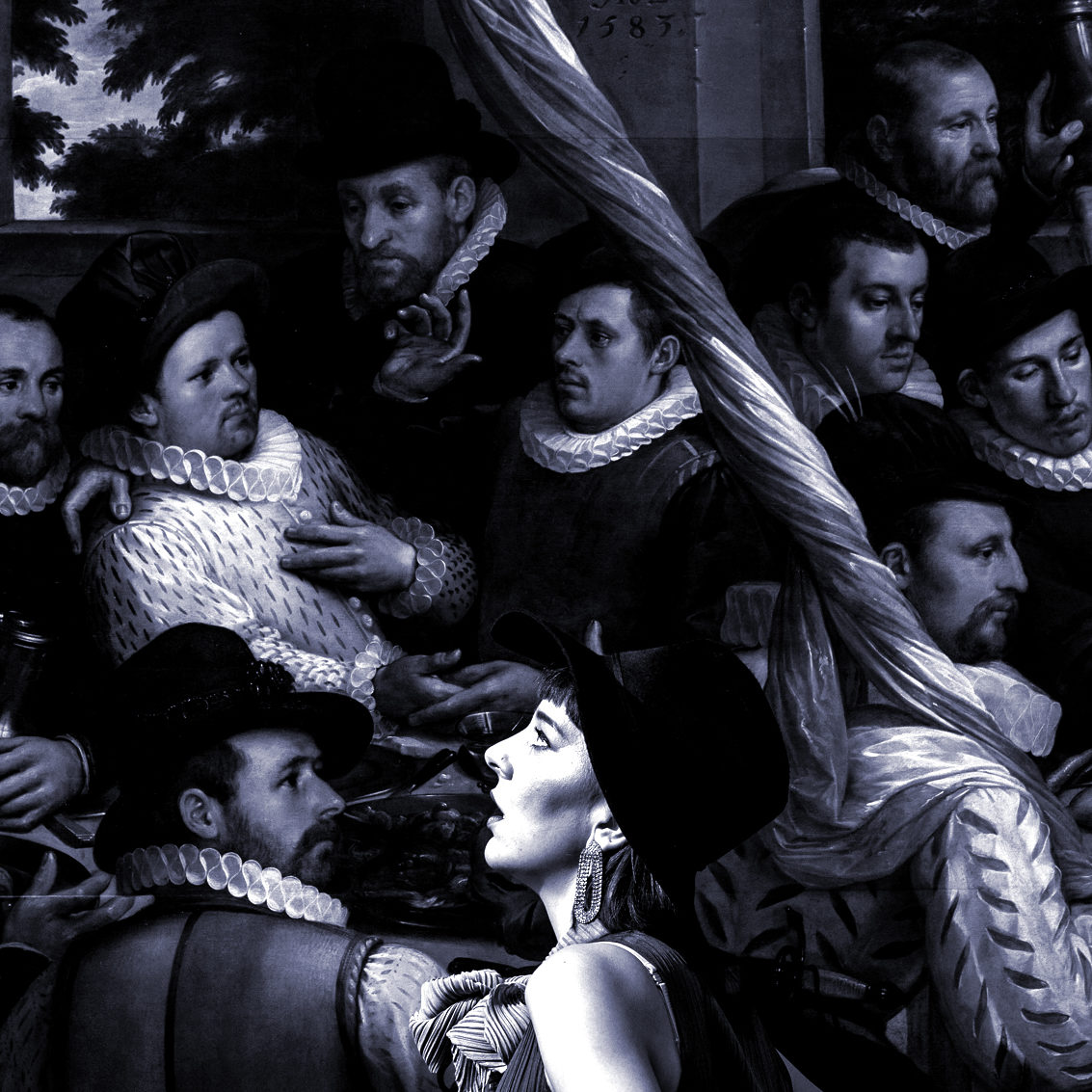