Five portraits presented several audiovisual works from the collection of the museum. Made by five different artists – Joost Conijn, Tracey Emin, Arnoud Holleman, Pablo Pijnappel and Julika Rudelius – the works in the exhibition explored the boundaries between the portrait and documentary genres. The show combined various artistic positions centring on themes like the human habitat and social and cultural identity. In terms of subject matter, Five portraits has strong ties with the presentation of the Hans Kemna collection, which was held simultaneously in De Hallen Haarlem and which dwelled on similar themes from a photographic perspective.

In CV – Cunt Vernacular, English artist Tracey Emin talks in voice-over about her own past while a camera records the interior of her home, using her love life as a point of reference. Emin has elevated her own history, her personal life story, to the subject of her art. Her work is immediate, intimate and unambiguous, and often offers heartrending commentary on the loneliness of the contemporary individual.

Joost Conijn’s film Siddieqa, Firdaus, Abdallah, Soelayman, Moestafa, Hawwa, Dzoel-kifl also follows a documentary approach. In this work, Conijn portrays the seven children of a native-Dutch hippie Muslim family living in a squatted dockland area in West Amsterdam. While the total freedom in which the children are allowed to grow up feels straight out of an adventure tale, at the same time there’s an uneasy feeling that they will eventually be victims of social exclusion.

A quest for adventure and social autonomy also drives the protagonist in Andrew Reid, Pablo Pijnappel’s video work from 2003. In this video, the artist attempts to get together with his stepfather, who promises to come to Paris from his home in Rio de Janeiro. Andrew Reid plays with the boundaries between documentary and fictional narratives, taking individualism and cultural alienation as its central themes.

The interface between fact and fiction, documentary and staged images also plays a crucial role in the work of Julika Rudelius. Rudelius’ video work Train is a ‘clandestine’ recording of several boys sitting in a train compartment, talking about girls and bragging about their sexual prowess. The work shows a strong sociological interest: Rudelius simultaneously studies the group behaviour of young people and creates an intriguing portrait of our times.

Interieurs, originally made by Arnoud Holleman and Pieter Kramer for the Dutch broadcasting corporation VPRO, has a similar sociological slant. Holleman and Kramer filmed a number of people in the interiors of their homes, resulting in a clear and penetrating illustration of how our domestic environment contributes to the construction of our ‘identity’. 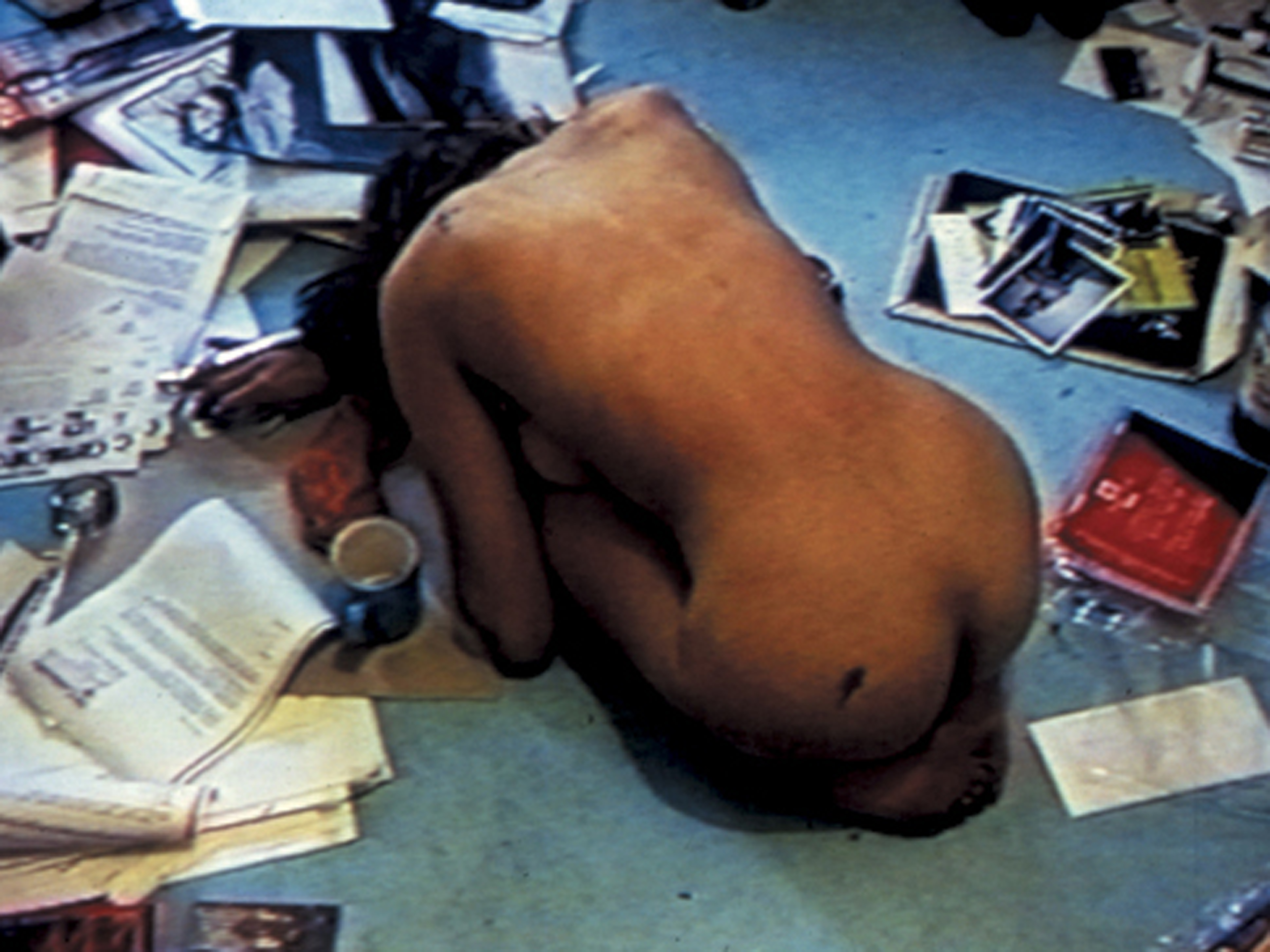