This year marks exactly 150 years since Frans Hals (1582-1666) was rediscovered and transformed from a ‘riotous drunk’ to a modern idol. This resurrection will be celebrated at the Frans Hals Museum in autumn with Frans Hals and the Moderns, an exhibition that showcases Hals’ impact on modern painters from the second half of the 19th century.

1868: The year that Hals was resurrected

Partly due to the biography Arnold Houbraken wrote about Frans Hals (De groote schouburgh der Nederlantsche konstschilders en schilderessen, 1718-1721; ‘The Great Theatre of Dutch Painters, 1718-1721’), in which the artist biographer portrayed Hals as a painter who led a drunk and licentious life, Hals was ignored by art critics for the majority of the 18th century and the first half of the 19th century. Moreover, his innovative style of painting with its loose brushstrokes no longer fitted in with the prevailing academic style of that time. Hals’ frivolous way of life was often associated with his loose style of painting and was presented to young artists as a ‘bad example’. This resulted in his paintings being given little value on the art market and, more than once, they were even attributed to other artists. What’s more, he was not featured in most of the retrospective publications on the Golden Age.

In the 1860s, the opinion of Hals shifted radically, thanks primarily to one man: Théophile Thoré (1807-1869). Forced to flee France because of his support for the Revolution of 1848, this French political journalist began to write about art during his exile. In 1855 he adopted the pseudonym W. Bürger, which he continued to use after his return to France in 1859. He is now best known for his rediscovery of Johannes Vermeer, but his role in the resurrection of Frans Hals is equally important. He restored Hals’ good name and was responsible for a huge resurgence of interest in Hals’ work, artistic qualities, art-historical significance and importance for modern painting of that time, as demonstrated extensively by Frances Jowell. In contrast to his predecessors, Thoré-Bürger gave Hals’ virtuosity and daring brushwork as an example to modern artists. This commendation for Hals had a twofold purpose: to restore a genius who had fallen into oblivion, and to justify the choice of subjects and painting styles of modern painters of his own time.

During his exile, Thoré-Bürger not only wrote a great deal about old art, he also studied it extensively and regularly. He was one of the first art connoisseurs to visit the Gemeentemuseum in Haarlem – the forerunner of the Frans Hals Museum – which opened in 1862, and signed the visitor books with his pseudonym in 1863 and 1866. During this decade, Thoré-Bürger wrote about Hals’ work in various publications, but it was two highly praising articles he wrote for the authoritative art magazine Gazette des Beaux-Arts in particular that had a large impact. They appeared in two instalments in March and May 1868, and were published together in June of that year. In these articles, the Frenchman described Hals’ long career and listed the painter’s artworks that he had been able to trace in European collections, which, at that time, was no easy feat. He also went into great detail about Hals’ style and technique, and dismissed the insinuations about his character as slander.

Hals’ paintings in Haarlem made a great impression on Thoré-Bürger. He regarded Hals’ last two Regents’ pieces from around 1664 as the pinnacle of Hals’ capabilities: ‘I do not know of any paintings that have been executed with so much élan; not in the works of Hals himself, nor in those of Rembrandt, or those by Rubens, from Greco or any other passionate painter. The life-size figures, modelled in broad, flamboyant strokes, protrude out of the frame in relief. It is beautiful and almost frightening.’

The two articles by Thoré-Bürger marked the start of Hals’ revaluation and sparked renewed interest in his paintings. The prices of his work rose rapidly, and every respected museum and collector was eager to acquire a Hals. In 1869, La Bohémienne (‘The Gypsy Girl’) was donated to the Musée du Louvre in Paris. It’s no coincidence that Thoré-Bürger had written about this a year earlier, calling it ‘a masterpiece improvised in a few hours of bright light and a good mood’. In 1871, the Metropolitan Museum of Art in New York bought a work that was attributed to Hals at the time, and The National Gallery in London bought its first Hals painting in 1876.

At almost the same time, modern painters rediscovered the work of Frans Hals. Many painters – initially French, but soon followed by German, English and American too – travelled hundreds of kilometres by steamboat or steam train to Haarlem, which turned out to be a true place of pilgrimage for artists to visit the recently opened Gemeentemuseum and to admire, even to worship, Hals’ work. Édouard Manet visited the museum in 1872 and copied Hals’ Regentesses, while Max Liebermann visited the museum several times in, among others, 1872 and 1879 and made at least ten copies of Hals’ paintings. Mary Cassatt and John Singer Sargent also signed the Gemeentemuseum’s visitors’ books (1873 and 1880, respectively), and made copies of, among others, the civic guard group portraits. Gustave Courbet copied Hals’ Malle Babbe in 1869, not long after the painting was introduced by Thoré-Bürger.

Thanks to the fact that many of these artists talked about the impact Hals’ paintings had on their own development in letters, autobiographical notes and lectures, we are well informed about their connection with Frans Hals’ work. Vincent van Gogh wrote to his brother Theo: ‘What joy to see such a Frans Hals, how different it is from those pictures – there are so many of them – where everything has been carefully smoothed down in the same way.’ The modern artists were impressed by Hals’ loose brushstrokes and raw painting style.

This autumn, Frans Hals and the Moderns focuses on the resurrection of Frans Hals and highlights the impact that Hals’ paintings had on modern artists. Through more than 70 works, the exhibition showcases Frans Hals’ importance by placing the works of modern artists next to those of their kindred spirit. This allows the viewer to discover how the modern painters reacted artistically to Hals’ work and how exceptionally innovative and modern Frans Hals is.

Read more about the exhibition Frans Hals and the Moderns here. 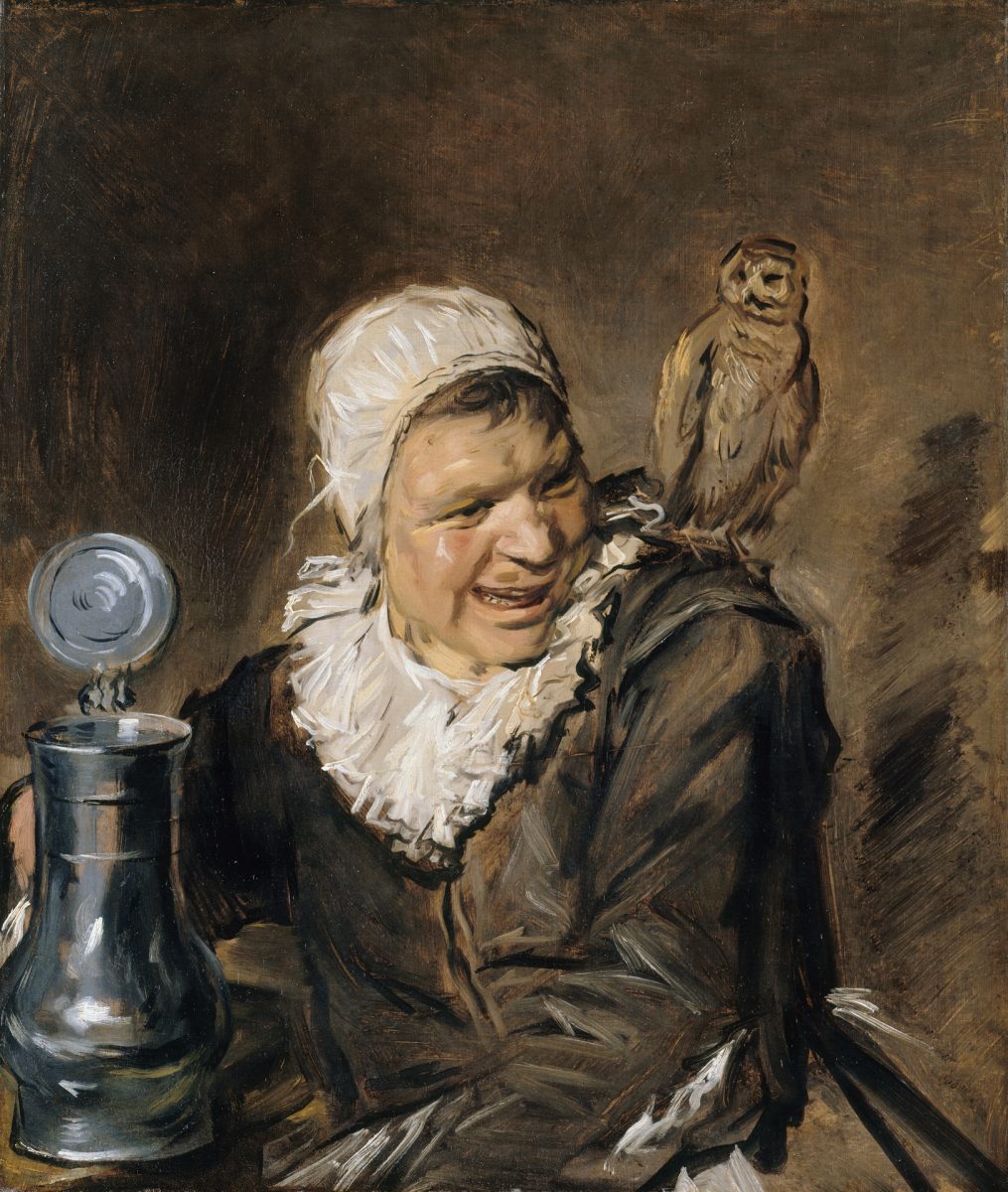 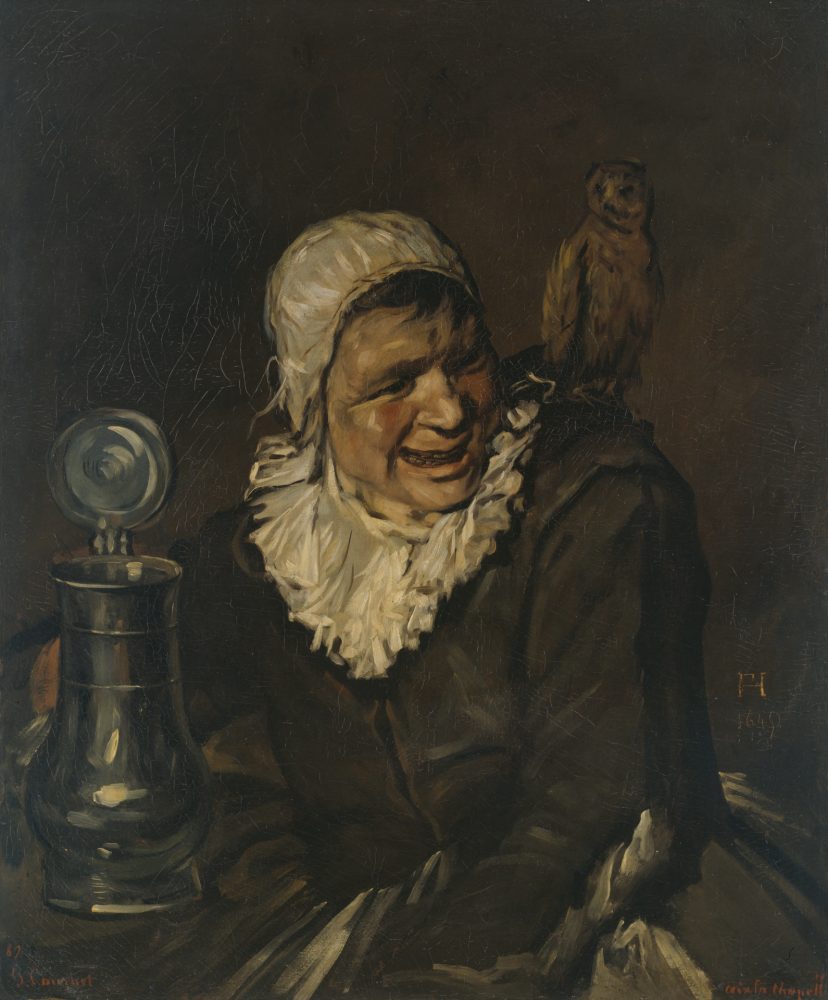