The painting is an atmospheric cityscape full of lively contrasts. The Dutch painter Berckheyde, a Haarlem native, is known for his cityscapes of his hometown, which feature buildings that can still be found in the city today. In this painting the focus is on one of Haarlem’s most important economic pillars of the 17th century: the beer brewery. What is notable here is the date – 1662 – as this makes it the earliest-known Haarlem cityscape by Berckheyde (heretofore it was 1665).

After an entry in the beer brewery’s inventory in 1713, the painting Gezicht op de Bakenessergracht met de brouwerij De Passer en de Valk could not be traced, until recently, when it reappeared in a Swiss private collection. It is therefore unique that the Frans Hals Museum has been able to acquire this artwork and publicly display it for the first time. The coat of arms of De Passer en de Valk brewery, located on Bakenessergracht (‘the Bakenesser canal’), is depicted centrally, while the brewer is shown in the shade on the quay of the canal, together with his wife and employees.

With this beautifully balanced view of the Bakenessergracht, the young Berckheyde demonstrates his exceptional skills. Using his sense of light, form and rhythm, the painter creates great contrasts in his composition. While, on the sunny side of the canal, an ordinary maid silently dips her mop in the water, the shaded side is alive with activity. Beer barrels from the brewery are being loaded onto a boat, while the brewer gives the last instructions for transport. Haarlem was known for its many breweries, and that makes this seemingly casual glimpse of the city’s early modern industry extra appealing. What is remarkable is Berckheyde’s choice to place the brewer and his brewery in the shade and to have the light hit the ordinary servant girl on the right side.

The acquisition of this painting was made exclusively possible by the Stichting Mr. Cornelis Roozen Fonds, in honour of the ‘marriage’ between the two Frans Hals Museum locations, Hal and Hof. 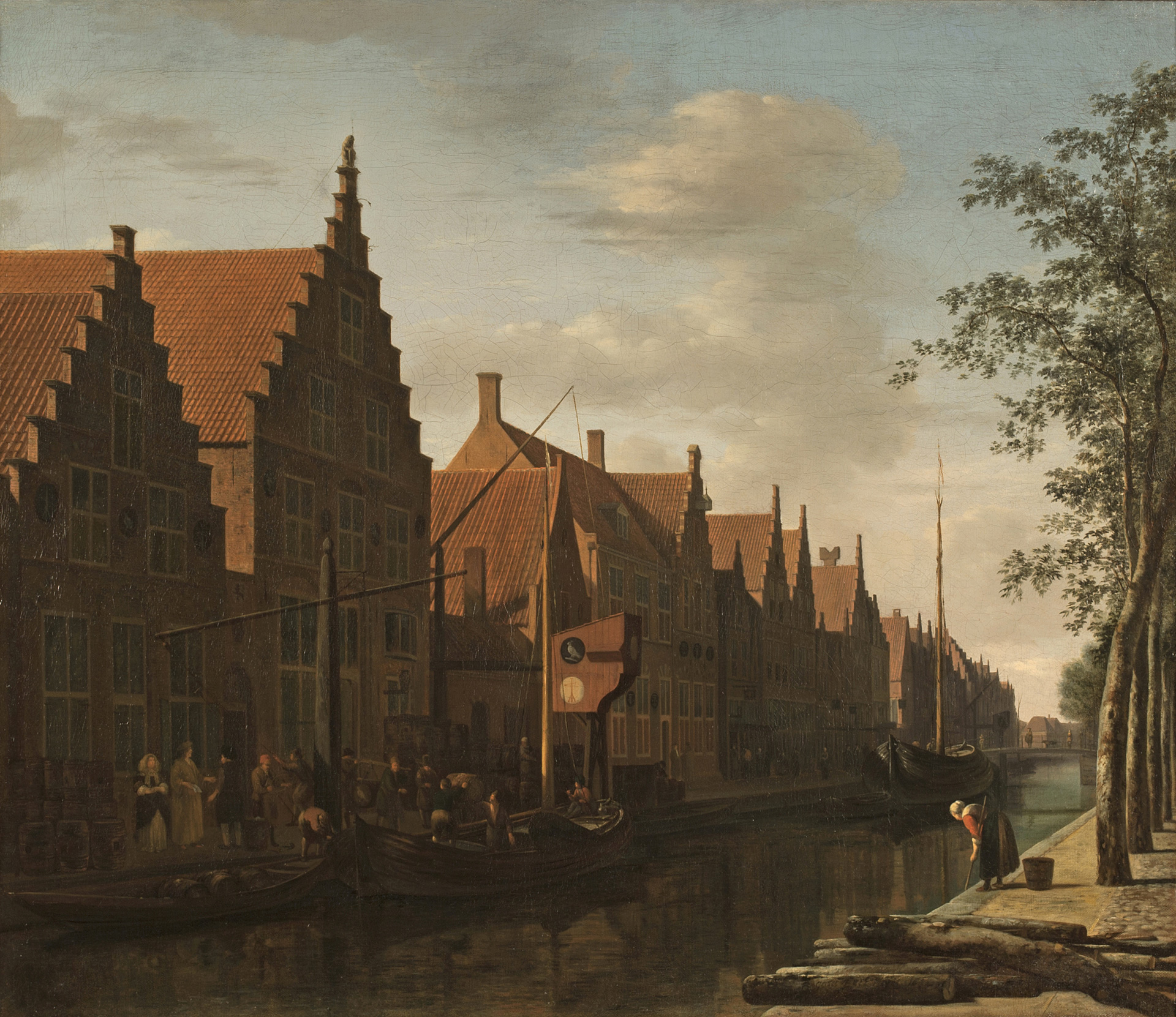