In the period between 31 March and 6 November 2017, the five world-famous Civic Guard portraits by Frans Hals were examined with a macro X-ray fluorescence scanner (MA-XRF). Taking place in the Frans Hals Museum, this on-the-spot examination was part of the ‘Frans Hals/Not-Frans Hals’ research project, funded by the Netherlands Organisation for Scientific Research (NWO). With this ‘front of house’ examination, the Frans Hals Museum accentuated its role as a catalyst in the research into the oeuvre of the Haarlem Master.

Together with Rembrandt and Vermeer, Frans Hals is regarded as one of the three greatest painters of the Dutch Golden Age. Not a lot of in-depth research has been conducted when it comes to the exact extent of Frans Hals’ oeuvre. Furthermore, there has not been much technical-material research conducted on Hals in comparison with Rembrandt and Vermeer. Therefore, under the leadership of the museum’s Curator of Old Masters Anna Tummers, the Frans Hals Museum initiated the ‘Frans Hals / Not-Frans Hals’ research project, funded by NWO. The aim is to gain insight into the criteria that experts used and use in determining whether or not a painting is a genuine Frans Hals. In collaboration with the Rijksmuseum (Amsterdam), the TU Delft, the University of Amsterdam, the Gemäldegalerie (Berlin) and the Metropolitan Museum of Art (New York), new research is also being carried out to test whether these criteria need to be replaced or expanded. Previously, the De Magere Compagnie (The Meagre Company) by Frans Hals and Pieter Codde was scanned in the Rijksmuseum Gallery of Honour, and Hals’ famous painting of a mentally-ill woman, Malle Babbe was scanned in Berlin.

The new insights that emerge from the research provide the building blocks for a major exhibition that will take place in 2020, in which the public will gain insight into how the Master’s hand is recognised. The exhibition will display some of Hals’ most famous masterpieces alongside a number of controversial pieces and forgeries. The theme has been brought to life and become relevant to a wide audience thanks to last year’s commotion surrounding a ‘controversial’ work by Frans Hals at Sotheby’s. Furthermore, one of the Frans Hals Museum’s focal points is to carry out in-depth research into the oeuvre of ‘founding father’ Frans Hals. With the restoration of Hals’ Regents and Regentesses pieces that was completed at the beginning of 2018 and the ‘Frans Hals / Not-Frans Hals’ research project, the museum is taking big steps as a Knowledge Centre.

Scanning is extremely time-consuming and takes between 12 and 24 days and nights per painting. Visitors to the Frans Hals Museum could watch the scanning in process in the museum’s Civic Guard room. Where an X-ray only shows a contrast between light and heavy elements, the MA-XRF analyses the various chemical elements present in the paint. From this, the pigments used can be read, which provides more specific information about the steps taken in the painting’s creative process. The comparison between Hals’ Civic Guard portraits in Haarlem and the The Meagre Company in the Rijksmuseum (a piece that was completed by another painter because of a conflict) promises to be exciting. A very low dose of radiation, which is not harmful to visitors or the paintings, is used during scanning. You can watch a short film about how the scanning of the Civic Guard portraits is done here. 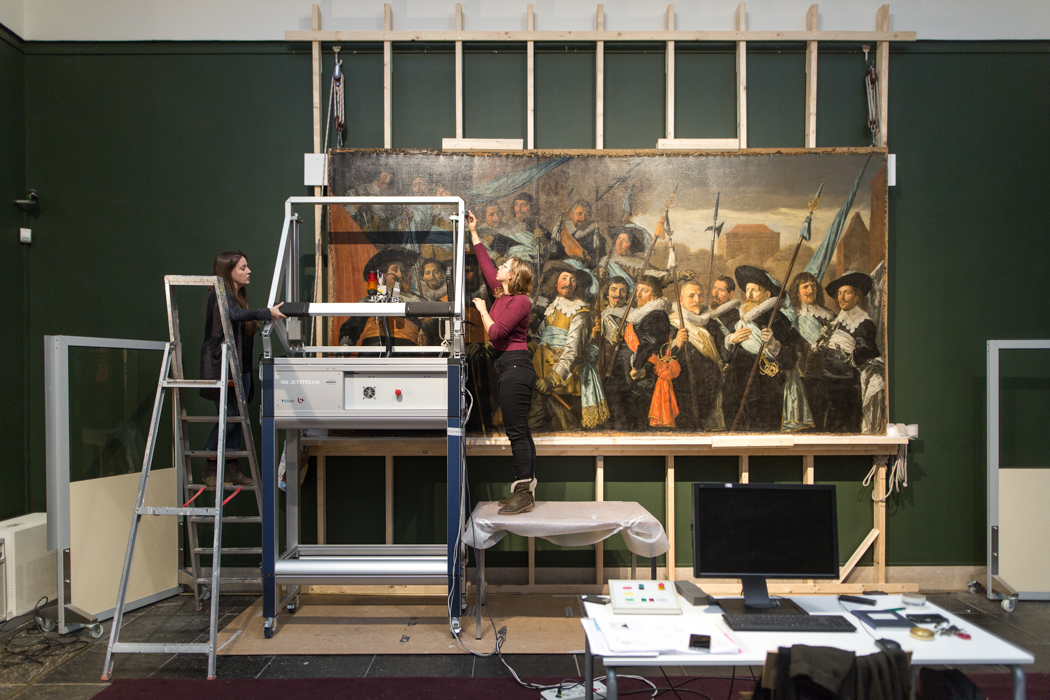 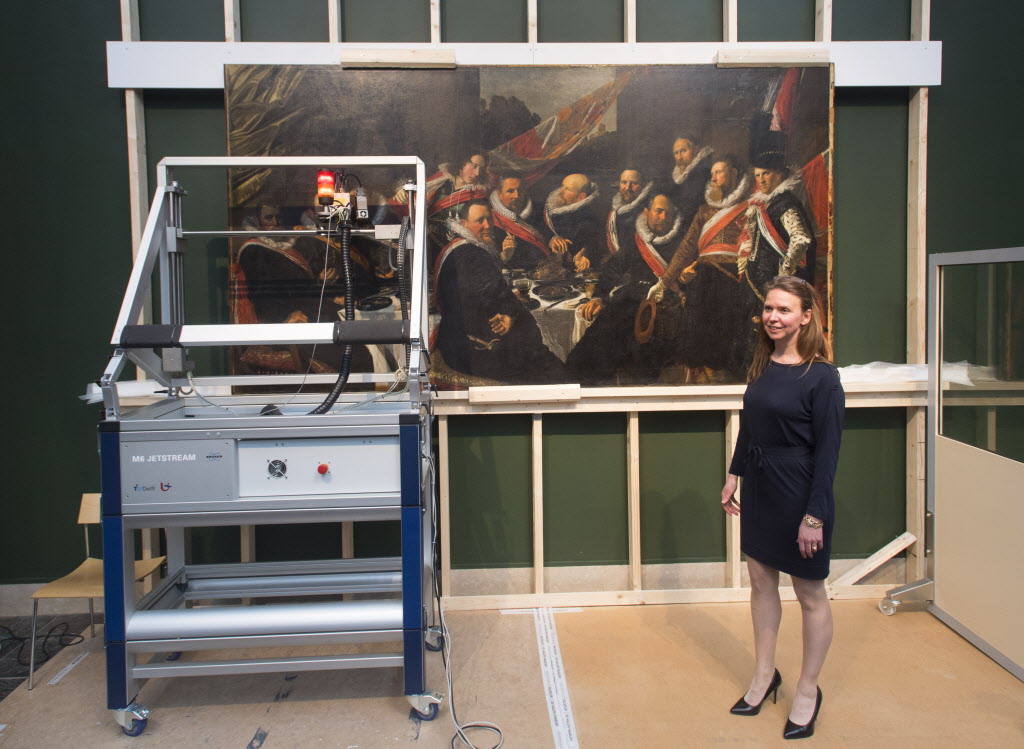 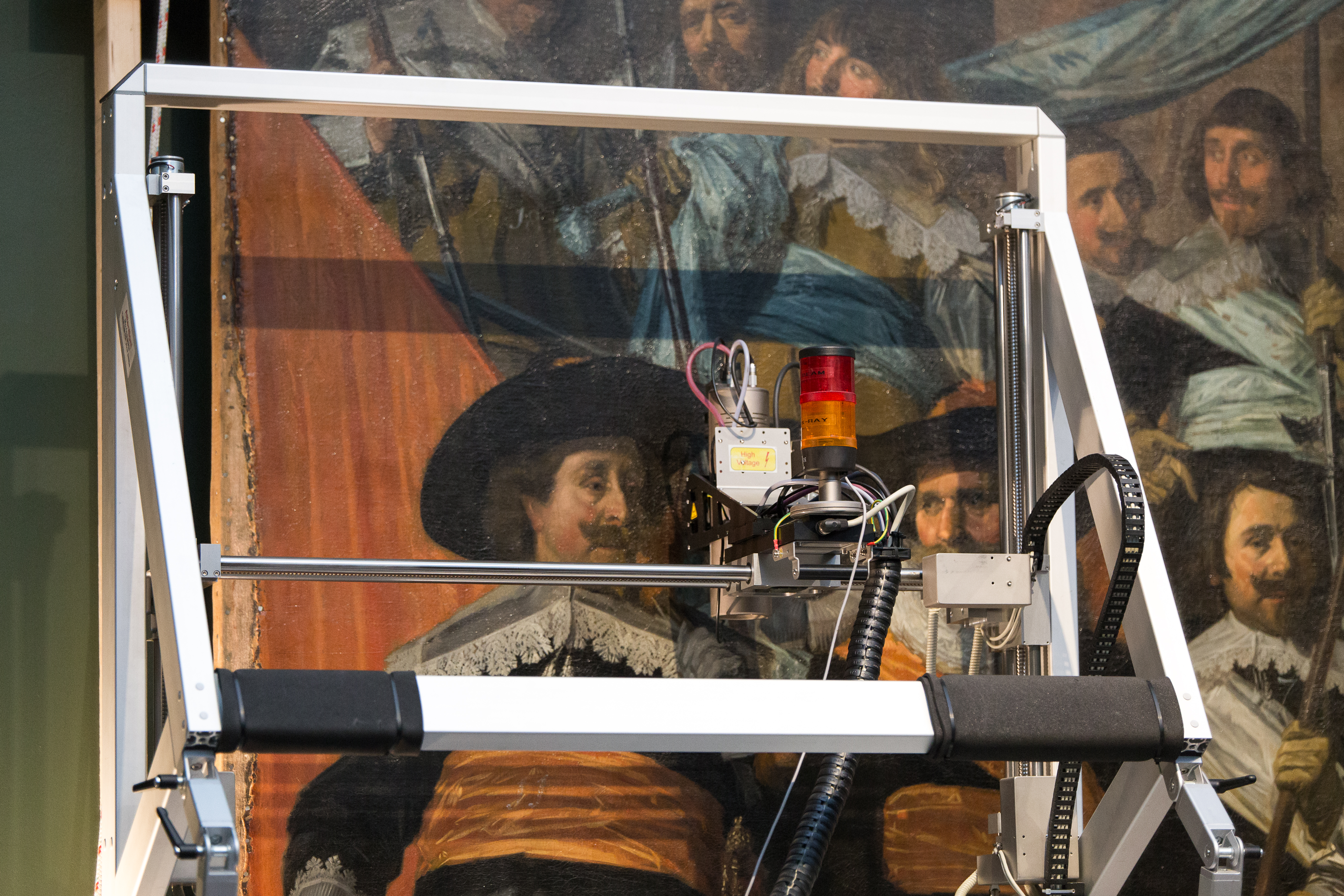