Elmer Kolfin, lecturer at the University of Amsterdam

Humour in the Golden Age

Rarely have more humorous paintings been produced than in the Dutch Golden Age. Naughty children, stupid peasants, foolish dandies and befuddled drunks, quack doctors, pimps, procuresses, lazy maids and lusty ladies – they figure in large numbers in Golden Age masterpieces. The Art of Laughter: Humour in the Golden Age presents the first ever overview of humour in seventeenth-century painting.

Frans Hals is often called ‘the master of the laugh’. More than any other painter in the Golden Age, he was able to bring a vitality to his portraits that made it appear as if his models could just step out of the past into the present. Hals was one of the few painters in the seventeenth century who dared portray his figures – often common folk – with a hearty laugh and bared teeth. Merriment and jokes are prominent features in his genre paintings; artists in the Golden Age frequently used it in their work. Now – centuries later – the visual jokes are harder to fathom. A great deal of new research into the field has been carried out, particularly in the last twenty years, and we are beginning to get an idea of the full extent of seventeenth-century humour.

In 2011/2012 the Frans Hals Museum staged Celebrating the Golden Age. The new exhibition, The Art of Laughter: Humour in the Golden Age, is the companion piece in this diptych that explores the amusing side of seventeenth-century Dutch painting and society, an aspect to which artists from Haarlem made a great contribution. This exhibition presents the first overview of humour in Golden Age painting.

The exhibition showcases some sixty masterpieces from the Low Countries and beyond by Rembrandt, Frans Hals, Jan Steen, Judith Leyster, Adriaen Brouwer, Gerard van Honthorst, Jan Miense Molenaer and Nicolaes Maes. Works by these and other artists will be shown in the context of an introduction and seven specific themes, including mischief, farce and love and lust, and one room is devoted to each of them. The exhibition ends with the comical self-portrait, in which painters feature in their own jokes. Thus humour eventually arrives at the artists themselves, creating an intriguing finale. There will also be a small selection of joke books, incredibly popular in the seventeenth century, which confirm the reputation of the Dutch as an unusually cheerful and humorous people. According to an Italian contemporary, the writer Lodovico Guicciardini, who was living in the Low Countries at that time, the Dutch were ‘very convivial, and above all jocular, amusing and comical with words, but sometimes too much.’ 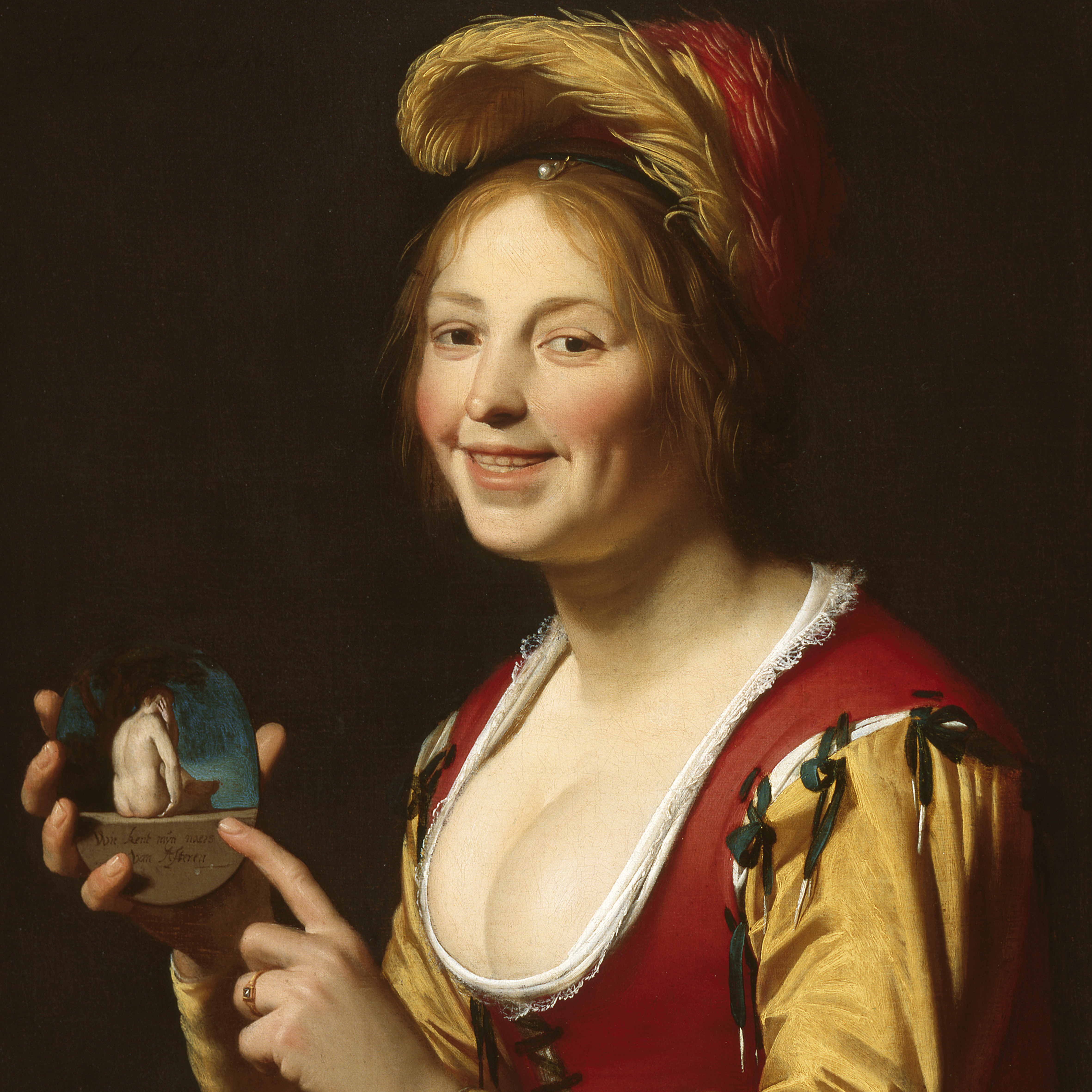