De Hallen Haarlem presented an exhibition by Cobbenhagen Hendriksen, designers of its house style since 2007. Marijke Cobbenhagen (1978, Amsterdam) and Chantal Hendriksen (1978, Delft) met during their art training and have worked together since. The identity of De Hallen Haarlem is clearly recognisable thanks to the distinctive nature of their typography. On the basis of their house style for De Hallen they were finalists in the category ‘Best House Style’ in the Dutch Design Awards (2008) and were nominated for the 2009 Dutch House Style Award. A survey of the designs that they have done for De Hallen over the past years was to be seen in the Pavilion in the museum.

A different typeface for each exhibition

The point of departure for the house style at De Hallen Haarlem is that it functions at different levels. The museum has blocks of diverse exhibitions four times a year. Both the different exhibition blocks and the artists shown deserve to have a distinctive identity within the image of the museum. To coordinate the exhibitions in each block Cobbenhagen Hendriksen make a new design with a new colour palette four times a year, while within every block the different presentations each get their own typeface and colour. In this way every exhibition block becomes an autonomous entity. Cutting in existing letters, which look entirely different as a result of this simple intervention, gives the house style recognisability and symbolises the two legs on which the identity depends: the exhibitions and the museum itself.

The Amsterdam design bureau Cobbenhagen Hendriksen was established in 2004. Marijke Cobbenhagen and Chantal Hendriksen were studying at the time at the Werkplaats Typografie (MA, Arnhem). Cobbenhagen had previously taken courses at the Hogeschool van de Kunsten in Utrecht, and Hendriksen at the Rietveld Academy in Amsterdam. They primarily design printed materials. With the content or a question as their point of departure, they seek ways to translate it into form. In addition to De Hallen Haarlem their clients are predominantly from the cultural sector, including the Netherlands Media Art Institute and the art periodical Tubelight, and they have designed various artist’s monographs. Other special assignments the design duo has performed were the postage stamp marking the 125th anniversary of the Rembrandt Association, and the 2006/2007 recruitment campaign for the Jan van Eyck Academy. In addition to their activities as graphic designers they are both instructors in typography at the Royal Academy for the Visual Arts in Den Haag. 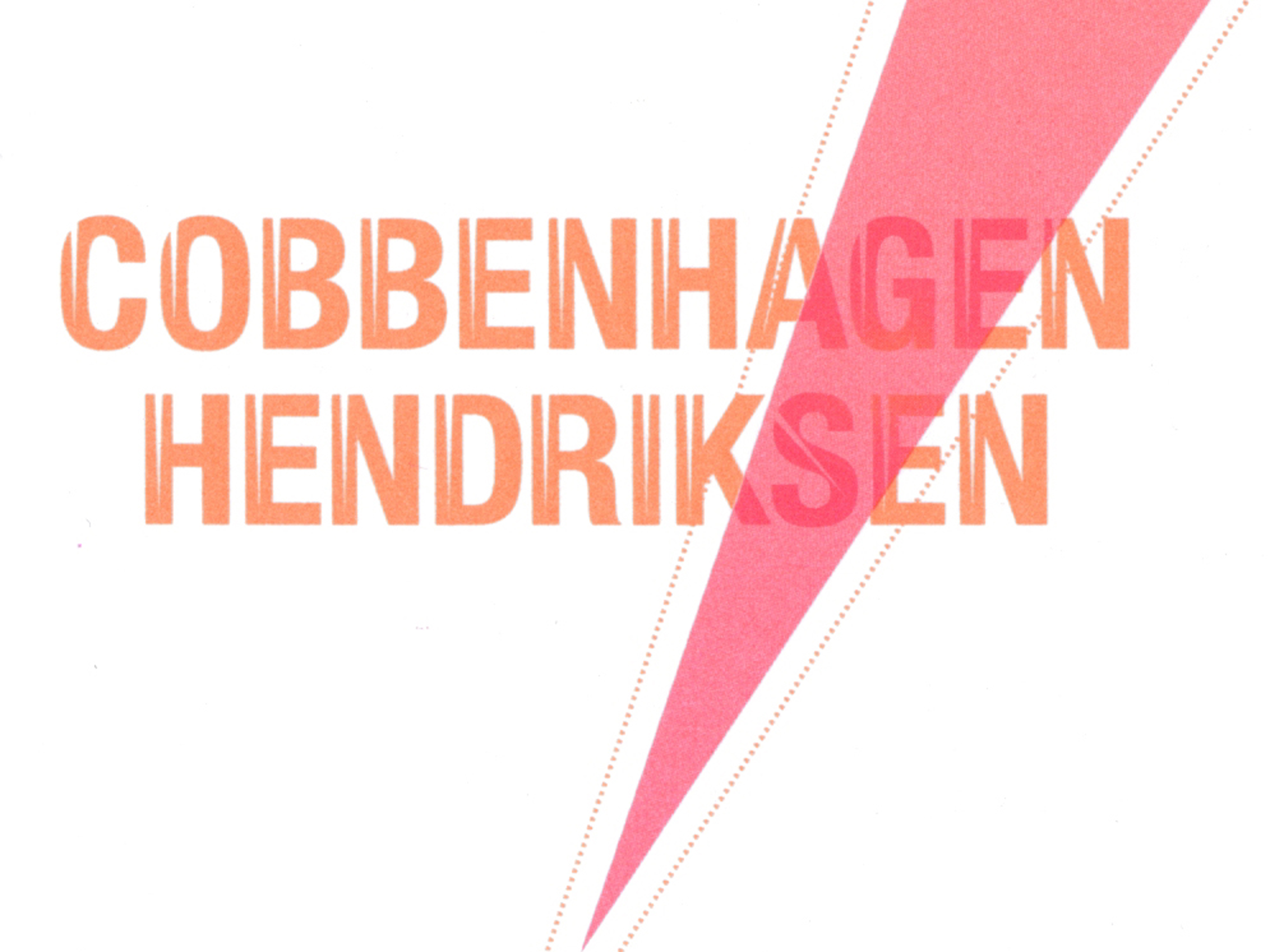