See what’s going on today
Collection at Hof
18th century dollhouse
With a thousend tiny objects!
Exhibition at Hof
Frans Hals. All Civic Guard Pieces
One master, six civic guard pieces, one exhibition…
Exhibition at Hof
Newcomers
Flemish artists in Haarlem 1580-1630
Colouring page
Use your imagination to finish the drawing.
at Hof
What would you like to do in the new garden?
The new Frans Hals Museum garden
View all events

Frans Hals is known around the world for his civic guard portraits. For the first time in over thirty years, they are all on show together at the Frans Hals Museum. Now you can trace Hals’s development, and experience why he ranks among the great Dutch masters with his loose brushstroke, his intense colours and lively portrait style.

This unique presentation has been made possible by the loan of The Meagre Company from the Rijksmuseum: the only civic guard piece that Frans Hals began, but was completed by Pieter Codde. Speculation about this painting has continued to this day. Why did the patrons commission an artist from Haarlem? And why did Frans Hals leave the work unfinished? Come to Frans Hals. All Civic Guard Pieces and observe the hands, collars and sashes and compare. Can you see who painted which area? Take a new look and you’ll see more.

The term civic guard piece refers to a group portrait of a company of armed civilians who, in the 17th century, acted as a civic guard that maintained order in a city district and, if necessary, defended the city against attackers. Between 1616 and 1639 Frans Hals painted no fewer than six civic guard pieces. Thanks to Hals’ loose brush technique and their exceptionally lively composition, these works are truly a feast for the eye. Therefore we can safely call Frans Hals Master of the Civic Guard Piece.

In 1633 Hals received an unusual assignment: he was asked by the militia officers of the new Amsterdam city district no. XI to make a group portrait of their company. In those years it was quite uncommon to entrust such a commitment to a painter from outside one’s own city. Three years later, the work was still not finished, whereupon the company decided to have it completed by a painter from within their own ranks: Pieter Codde. Although he had never worked on a civic guard piece before and because his own painting style was quite refined and in a small format, Codde tried to imitate Hals’ loose style as closely as possible. He did this so well that to this very day it is virtually impossible to tell which parts of the painting can be attributed to him.

The exhibition Frans Hals. all Civic Guard Pieces is part of Haarlem Heroes. Other Masters. 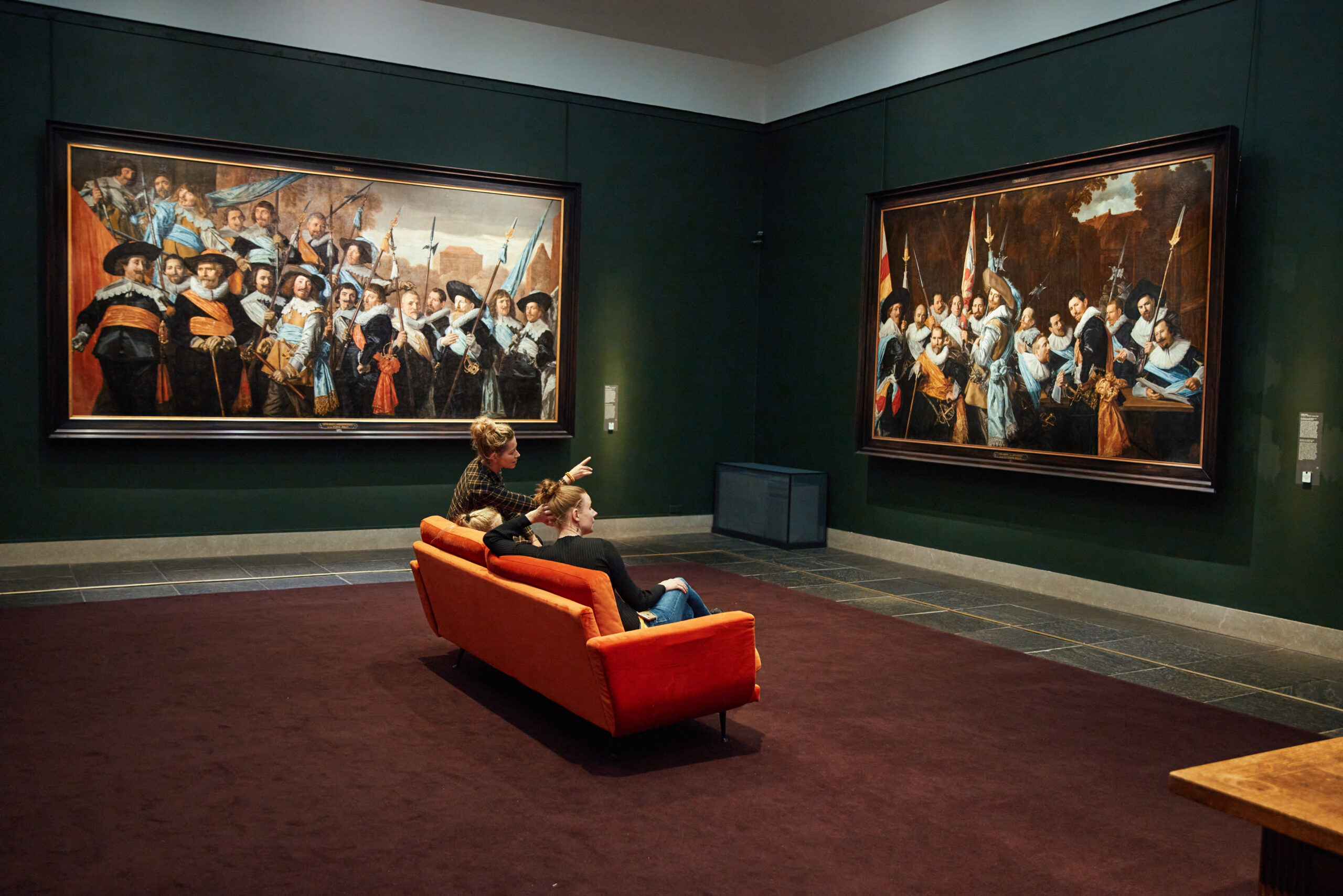