Modernism in the Netherlands

The artist Herman Kruyder (1881-1935) was among the most important painters of his day. From 1916 he adopted a highly personal expressionist style with flat fields, heavy outlines and intense colours. Kruyder’s pictures range from enchanting, idyllic scenes filled with an elation at the beauty of nature, to nightmarish scenes that reflect his own anxieties and mental depressions. Fifteen paintings and 35 watercolours were to be seen in the exhibition, from the large collection of the Frans Hals Museum|De Hallen Haarlem. Among them were one painting and five watercolours purchased from the estate of Bella van Tussenbroek. These works had never before been exhibited.

After training as a stained glass artist at the Haarlem School for the Applied Arts (1900-1904) in 1907 Kruyder settled in Haarlem as an autonomous artist. He copied old masters in the Frans Hals Museum and was a member of various artists’ associations. His encounter with the painter Henri Boot proved important. His effort to express ‘the essence of things’ had immense influence on Kruyder. In these years Kruyder painted impressionistic woods and pasture landscapes in the vicinity of Haarlem and Heemstede.

Beginning in 1916/17 the influence of new currents in painting, such as expressionism and Cubism, becomes visible. He developed an entirely personal expressionist style with flat fields, heavy contours and intense colours. According to a review in 1921, Kruyder had ‘won first place among the moderns’.

In the main Herman Kruyder’s life was spent in the tranquillity of rural villages such as Heemstede, Bennebroek and Blaricum. There he found his motifs: the village and its people, the animals, trees and flowers. In the course of the 1920s the character of his work changed greatly. The initially poetic scenes of people, animals and nature become increasingly oppressive. The artist’s own anxieties and depressions come to be clearly felt in his work.

In 1927 Kruyder settled in the artists’ village of Blaricum. There he had considerable contact with the painter Leo Gestel and the art collector P.A. Regnault, who regularly purchased work by Kruyder beginning in 1929. At the end of the 1920s his way of working becomes increasingly realistic, sometimes almost naïve, reminding one of the famous French artist Henri Rousseau. However, the alarming character of the work does not disappear. For example, in this period he painted a series of large animals, their ponderous and deformed shapes exuding an atmosphere of dark passions. These intense, often incomprehensible images make Kruyder’s work extremely personal. They are images that leave a lasting impression on one. 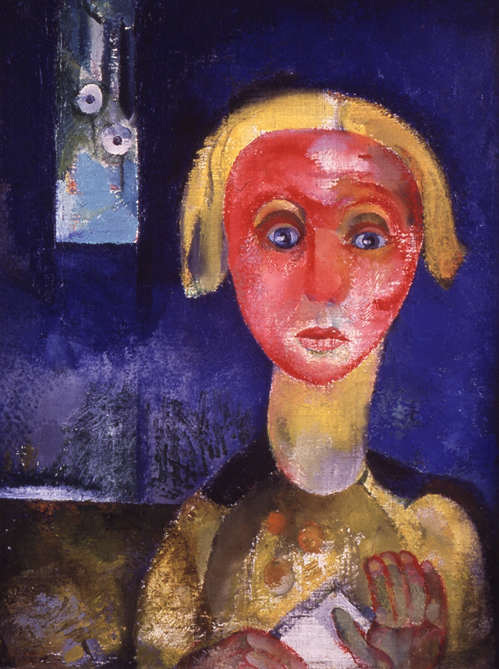 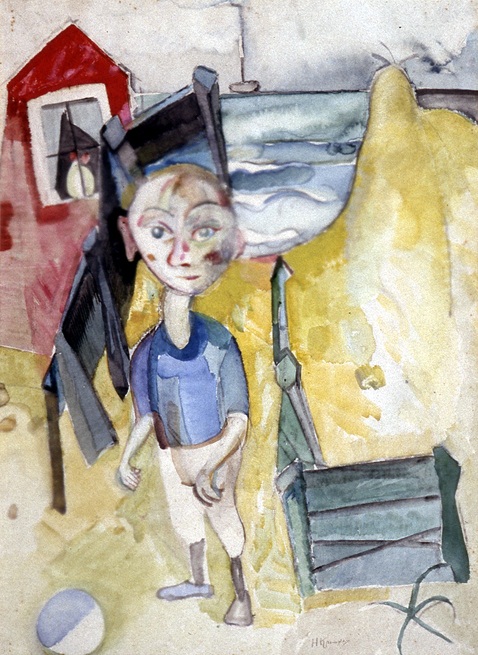