Up Close and Personal

Casco, de Appel arts centre, and De Hallen Haarlem were collectively presenting The Common Sense, the largest project to date by the artist Melanie Gilligan who is based in New York. The production takes the form of a sci-fi mini-series that unfolds across the three institutions and was made possible by this unique collaboration among two presentation institutions and a museum – the first partnership of its kind in the Netherlands.

Independently of each other, Casco, de Appel arts centre and De Hallen Haarlem shared an interest in the work of Melanie Gilligan, an artist whose work has been shown and praised internationally, but who still remains relatively unknown in the Netherlands. Gilligan’s work deals with what is perhaps the crucial issue of our times, namely how technology and the economy instrumentalize everyday interactions and human relations.

This experimental narrative drama, The Common Sense, tells a story of the future technology, ‘The Patch’, a sort of prosthesis which makes it possible to directly experience the physical sensations and feelings of another person. After a decade of transforming the conditions of work and social life, for the most part in accordance with economic demands, the technology’s networks suddenly fail causing massive disorientation.

The Common Sense occurred with different episodes shown in each space Casco opened with the initial episodes and background material while De Hallen Haarlem hosted one of the parallel story lines on social unrest and de Appel showed societies return to order. The dates of the shows partially overlapped with one another, so that for one weekend all three exhibitions were open simultaneously and held a bus tour to all three locations along with special events. 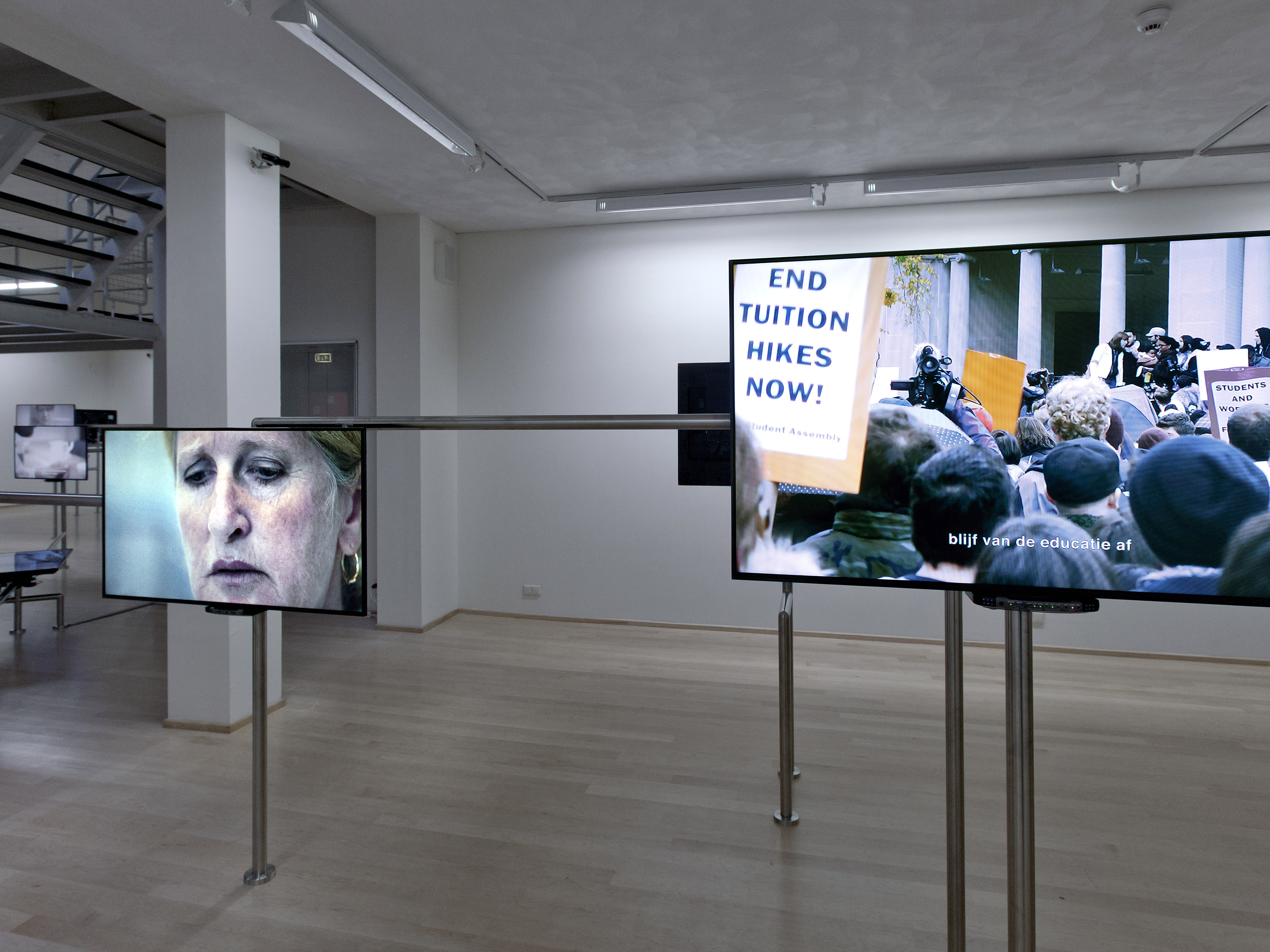 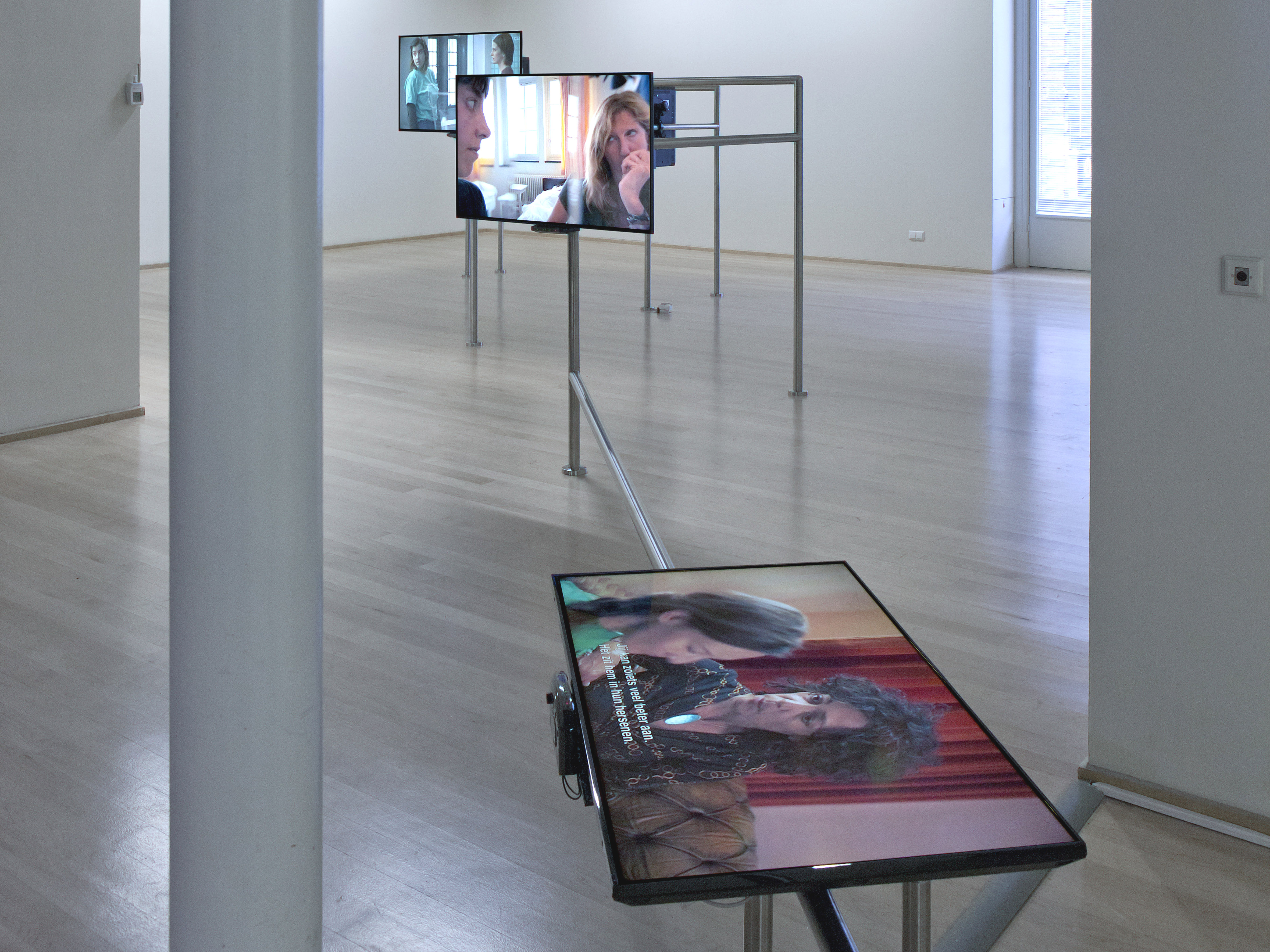