To enhance your experience on our website, we use cookies. In order to do so, we need your consent. Find out more in our privacystatement.

I Spy With My Little Eye…

Every spring the Frans Hals Museum is a riot of flowers. The museum’s rooms and corridors will be decorated with fresh bouquets of flowers and other floral art in unusual vases like the tulip vases made by Jing He (Design Academy, Eindhoven). This year the theme ‘China-Netherlands’ will be the inspiration for students in the Rietveld Academy’s Ceramics Department, who are designing new vases for the museum under the guidance of Hans van Bentem. A small exhibition shows how Golden Age painters were inspired by flowers and by tulip mania.

During the first four weeks, volunteers from the Friends of the Museum led by Vibeke Struben will brighten the rooms with spring bouquets on a Chinese theme. Then floral designer Paul Wijkmeijer and his team will take over and use unusual tulip vases by Jan van der Vaart and other vases from the museum’s collection. 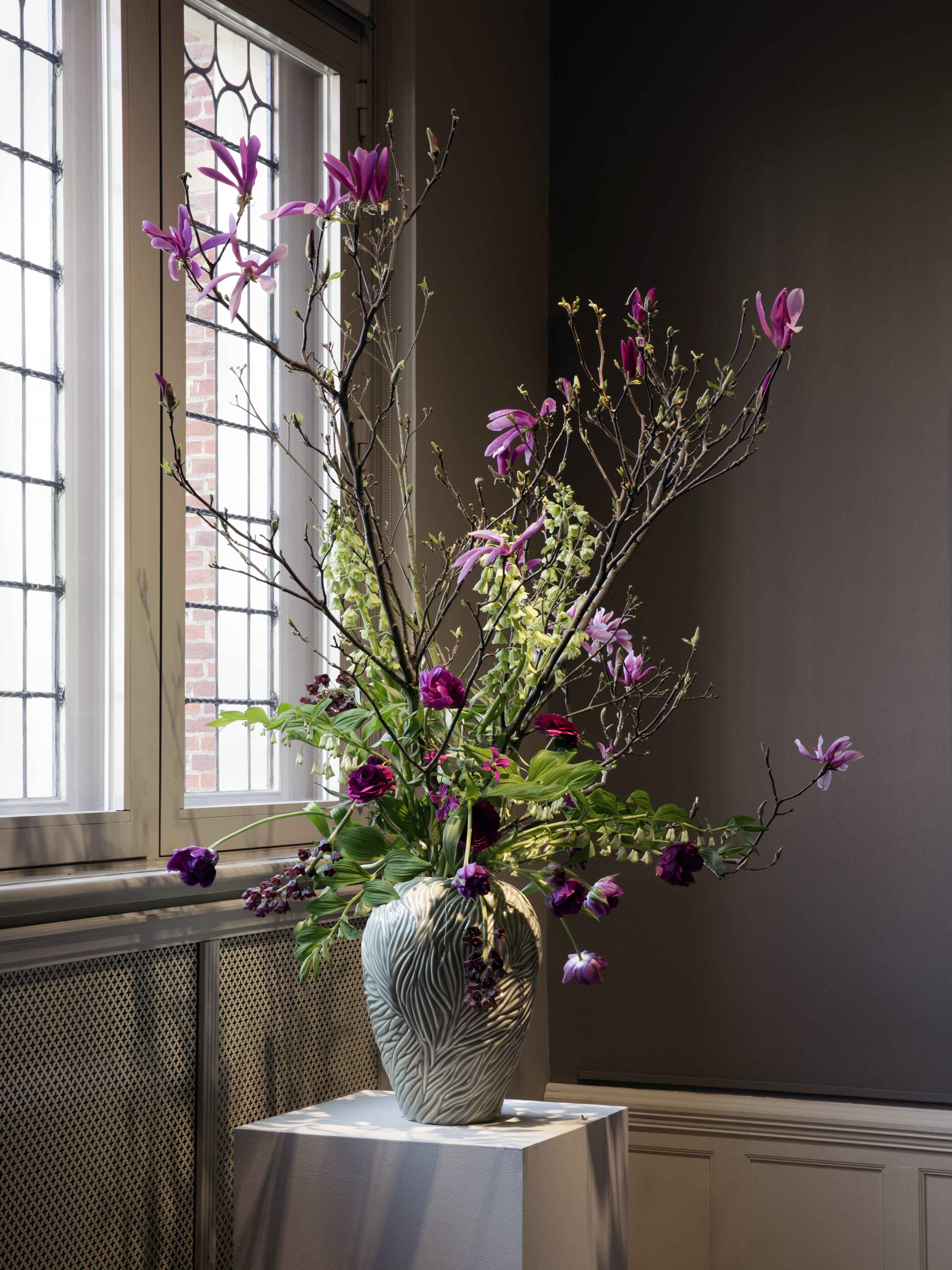