De Hallen Haarlem presented an exhibition on the American photographer Diane Arbus. In the project Pierre Leguillon features Diane Arbus: A Printed Retrospective the French artist Pierre Leguillon showed all the photographs that Arbus produced in the 1960s on commission for magazines. The presentation provided both an overview of Arbus’s work from this period, as well as an insight into the way in which photography and design were being dealt with in this era. Diane Arbus: A Printed Retrospective was shown in The Netherlands for the first time, from 18 December, 2010, through 13 March, 2011.

The French artist Pierre Leguillon (b. Nogent-sur-Marne, 1969) collected all the periodicals in which photographs by the American photographer Diane Arbus were published in the 1960s. The exhibition Pierre Leguillon features Diane Arbus: A Printed Retrospective, 1960-1971 comprised the original pages from magazines such as Harper’s Bazaar, Esquire, Nova and The Sunday Times Magazine. It is the first time that these photographs have been brought together in this way. Pierre Leguillon features Diane Arbus: A Printed Retrospective, 1960-1971 was on loan from the Kadist Art Foundation in Paris, and was previously exhibited at the Moderna Museet in Malmö.

Diane Arbus (New York, 1923–1971) began her career as a photographer in the late 1950s in New York. Over the years a colourful procession of people passed before her lens: from celebrities from the American jet set to outcasts from the margins of society. It is particularly her warm, direct black and white portraits of the latter which have won her undying fame. De Hallen Haarlem previously showed a selection of her photographs in 2003.

Pierre Leguillon features Diane Arbus: A Printed Retrospective, 1960-1971 is not only a marvellous survey of Arbus’s work within the social-political context of the periodicals from the period, but is also an experimental approach to the concept of a ‘retrospective exhibition’ by its organiser, the artist/critic/curator Pierre Leguillon. Leguillon is interested in the manner in which images are reproduced, distributed, collected, rearranged and interpreted in our image-drenched society. This project reveals how magazines from the 1960s dealt with photography, and also the prevailing ideas about the relation between image and design. For instance, there are spacious margins around the pictures which can not be found in magazine layout today; here they function almost as passe-partouts, which frame the photographs in a natural way.

At a number of points in the exhibition Leguillon has included texts and photos by other photographers such as Walker Evans, Annie Leibovitz, Victor Burgin and Wolfgang Tillmans. In this way he gives the viewer a picture of the impact that Arbus’s oeuvre had on her contemporaries and successors. 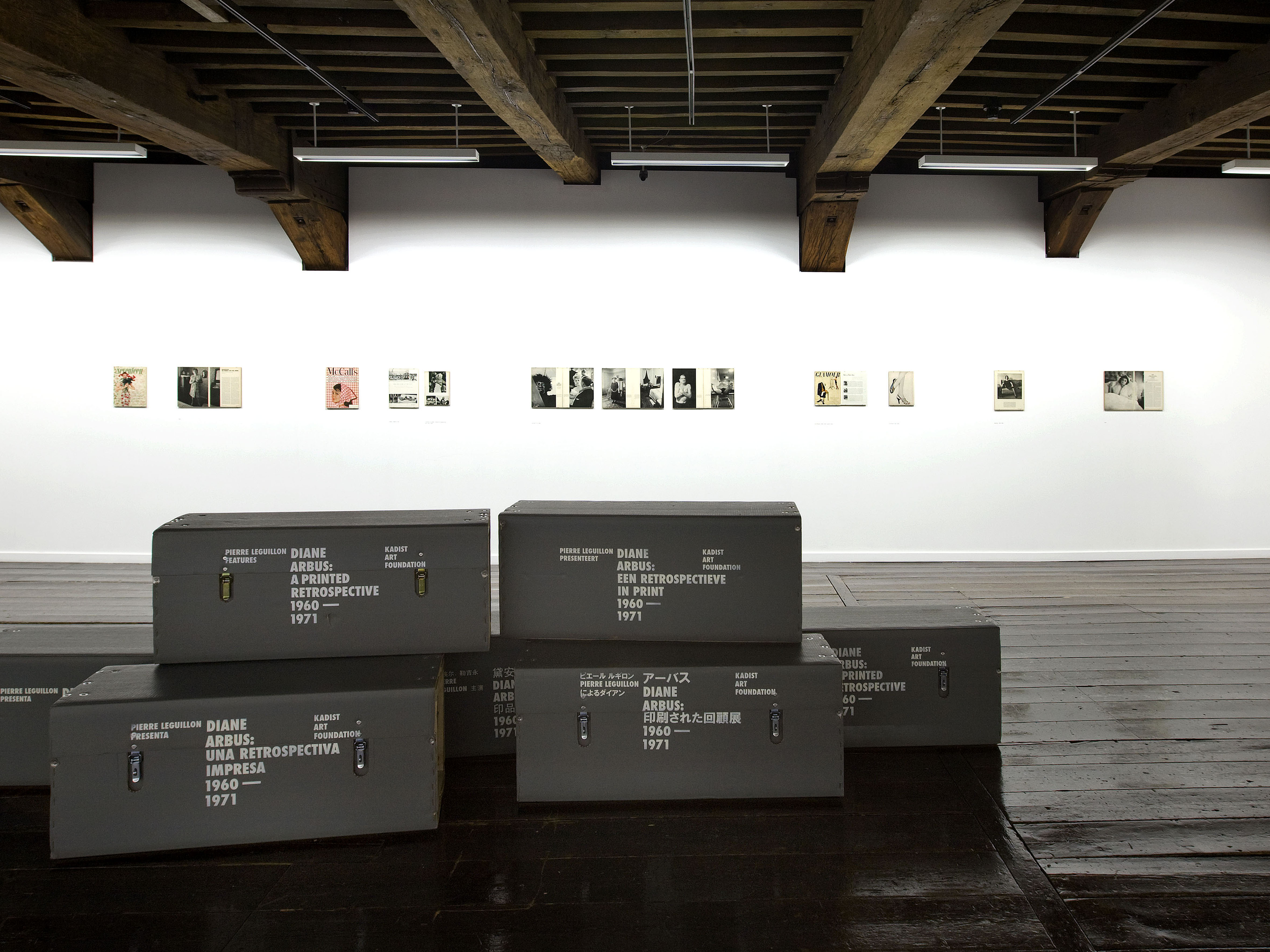 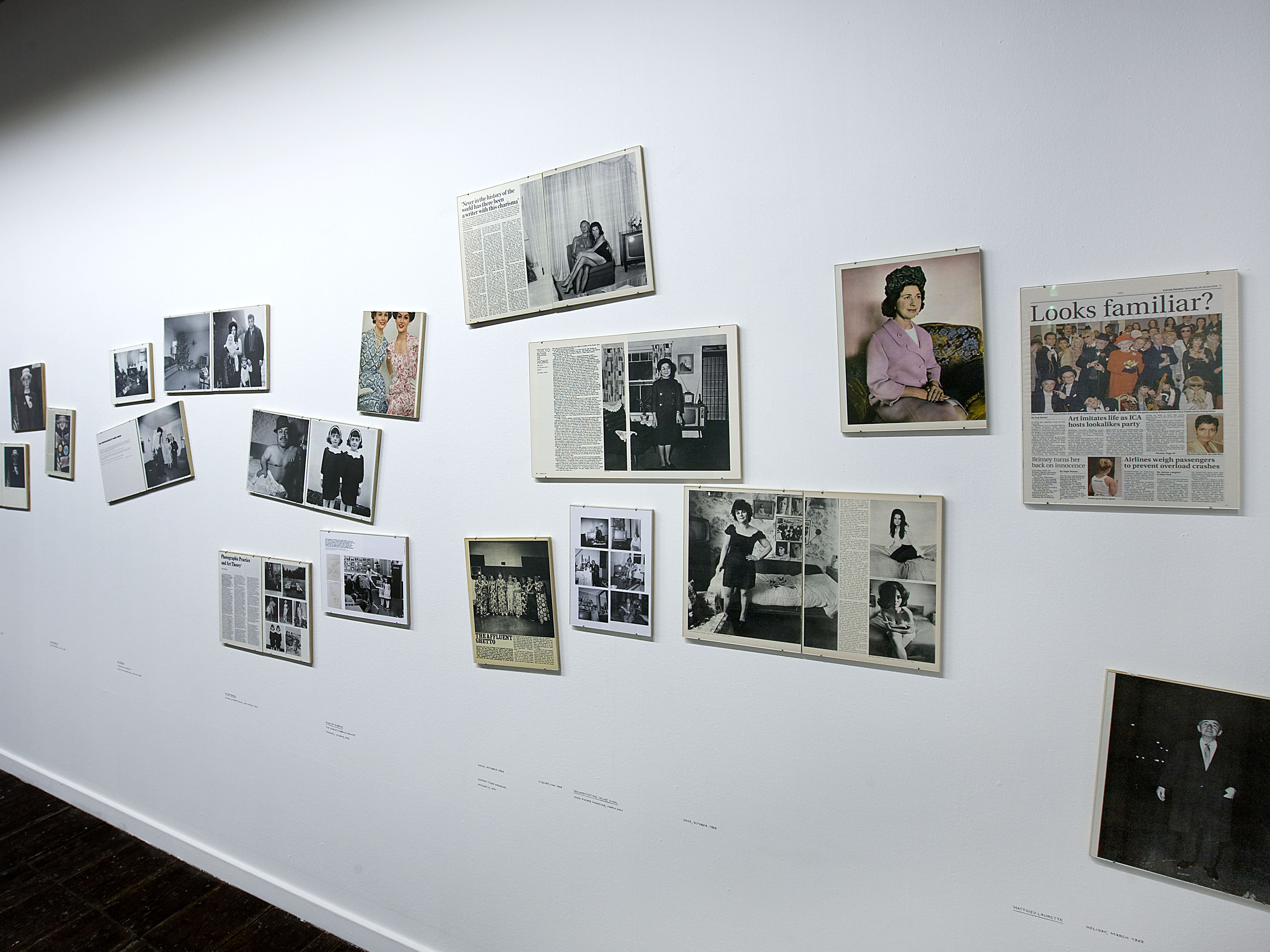