In a world that to a large extent has been dematerialised and demystified by a wide array of technological and digital developments, the artists presented in The Knight’s Tour are seeking new sculptural approaches to ‘the thing’. They all pose the question, ‘what is an object, and how can we know it?’ The relation between idea and end result, which is complicated by the sometimes unverifiable production process that lies in between, is the central focus of this exhibition. The materials they use are significant for all the participating artists: they are interested in ‘charged’ materials (valuable – such as gemstones; organic – such as brains; or on the contrary, very commonplace – such as plaster and clay) to create meaning that goes beyond the formal appearance of the artworks. The Knight’s Tour brings together a number of contemporary artistic positions in which value is ascribed (or again attributed) to the ‘aura’ of specific material and physical processes – an aura through which an attempt is made to speak to our imagination and to break away from the outward appearance of things.

Nina Canell (Växjö, 1979) makes playful-melancholy sculptures in which volatile physical processes play an important role, and something as invisible as electricity or sound is employed sculpturally. With her, sculpture is often ‘in motion’, seeking out an active exchange between the material and the imperceptible. This is the case, for instance, in one of the works in The Knight’s Tour, which transmits an audio frequency which adults cannot hear, thus imperceptibly occupying the space. In the work by Roger Hiorns (Birmingham, 1975) the sculptural gestures are likewise often ephemeral in nature, and transformational processes form the foundation for the aesthetic experience. Known for his automotive engines overgrown with azure copper sulphate crystals, in this exhibition Hiorns shows a new wall sculpture, as well as an ‘invisible’ intervention in the lighting of the Vleeshal. The use of lighting is echoed in one of the contributions by Navid Nuur (Tehran, 1976) – a wall text in transparent paint that reflects the colours of the spectrum, and, depending on where the viewer stands, produces differently colored refractions. Nuur intervenes further in the architecture of the space by having one of the columns vanish into another material. The columns of the Vleeshal also take on importance in relation to the work of David Jablonowski (Bochum, 1982), which always is in tension with classic sculpture and its presentation. He has extended the plinth of one of the columns further into the space so that it becomes a pedestal for one of his own sculptures. This poses the question of what precisely their status is: that of an object conceived in advance, or an accidental form or extension? This doubt about status is present at another level in the work of Christina Mackie (Oxford, 1956), which investigates the space between two and three-dimensionality, and for which the synthesis between sharply contrasting materials is important. Finally, for Jennifer Tee (Arnhem, 1973) the suggestion of quasi-mystical functionality plays a fundamental role. Her works take the form of autonomous sculptures with implicit references to jewellery, clothing or architecture, but at the same time they appear to play a higher, more elusive register.

The Knight’s Tour is planned concurrent with Lunar Distance, the group exhibition which has been assembled by guest curator Suzanne Wallinga in the other spaces of De Hallen Haarlem. Both exhibitions are contemporary reflections on the verum factum concept that was formulated by the Italian Enlightenment philosopher Giambattista Vico, which proceeds from the idea that ‘the true is made’. Or to put it in other terms, according to Vico we can only know that which we ourselves can make. Sculpture is pre-eminently a discipline in which objects are constructed, and which thus according to Vico produces ‘certain’ knowledge about these objects. But on the other hand, the visual arts are benefited by a certain doubt about what it is: there should be contradictions within the artwork that assure that the result is more than the sum of the parts. It might precisely be in this immeasurable added value that the key to ‘truth’ resides.

The title The Knight’s Tour refers to an old mathematical puzzle involving the knight’s move in chess, in which a knight is to occupy each square on the board one time. There are various solutions for this problem, which have in common the characteristic that, when they are visualised, they create wonderfully aesthetic patterns. The artists in these group exhibitions all make a ‘knight’s tour’ in their own manner, in which rational considerations are combined with more unmanageable factors like chance and intuition. 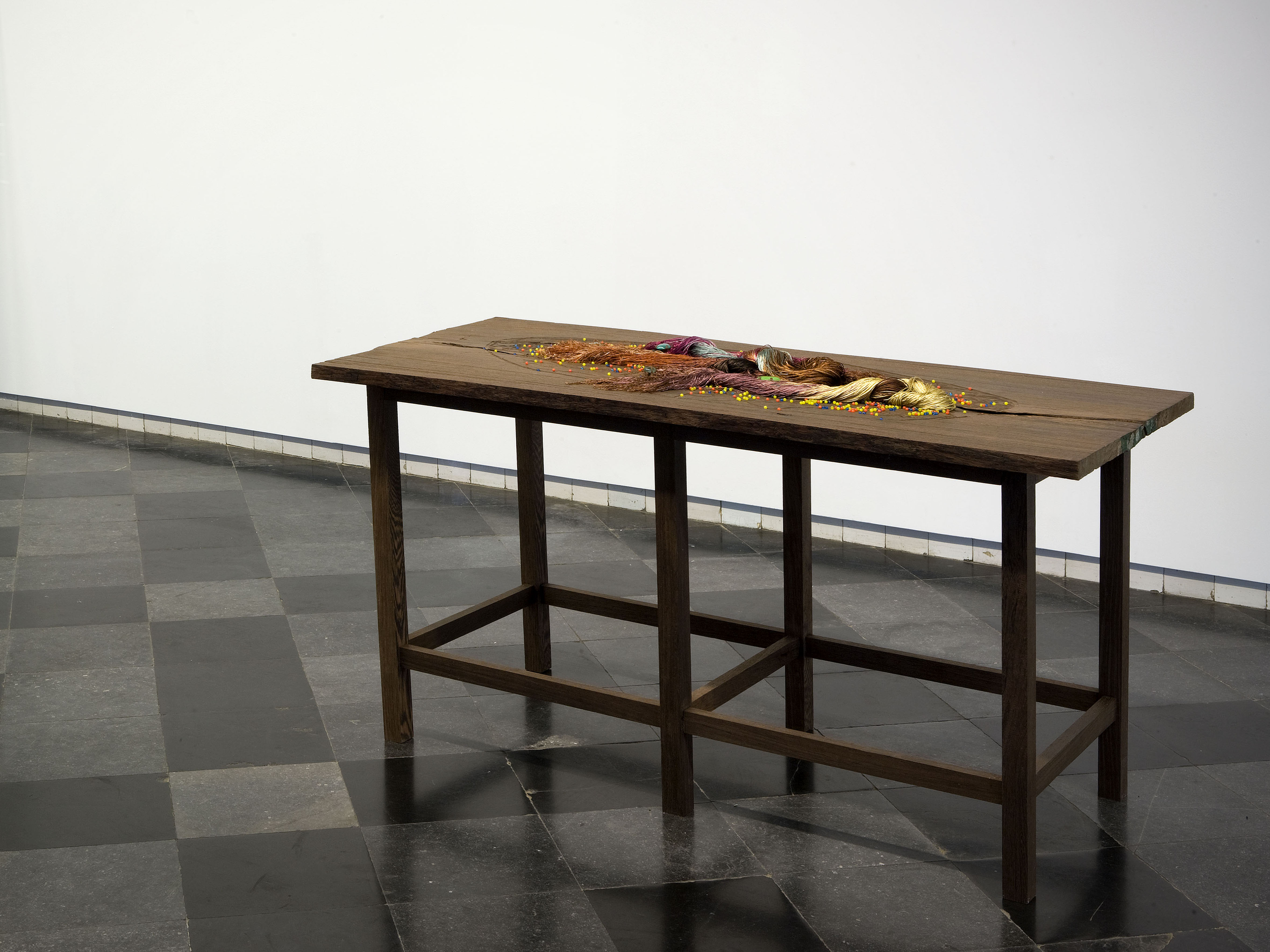 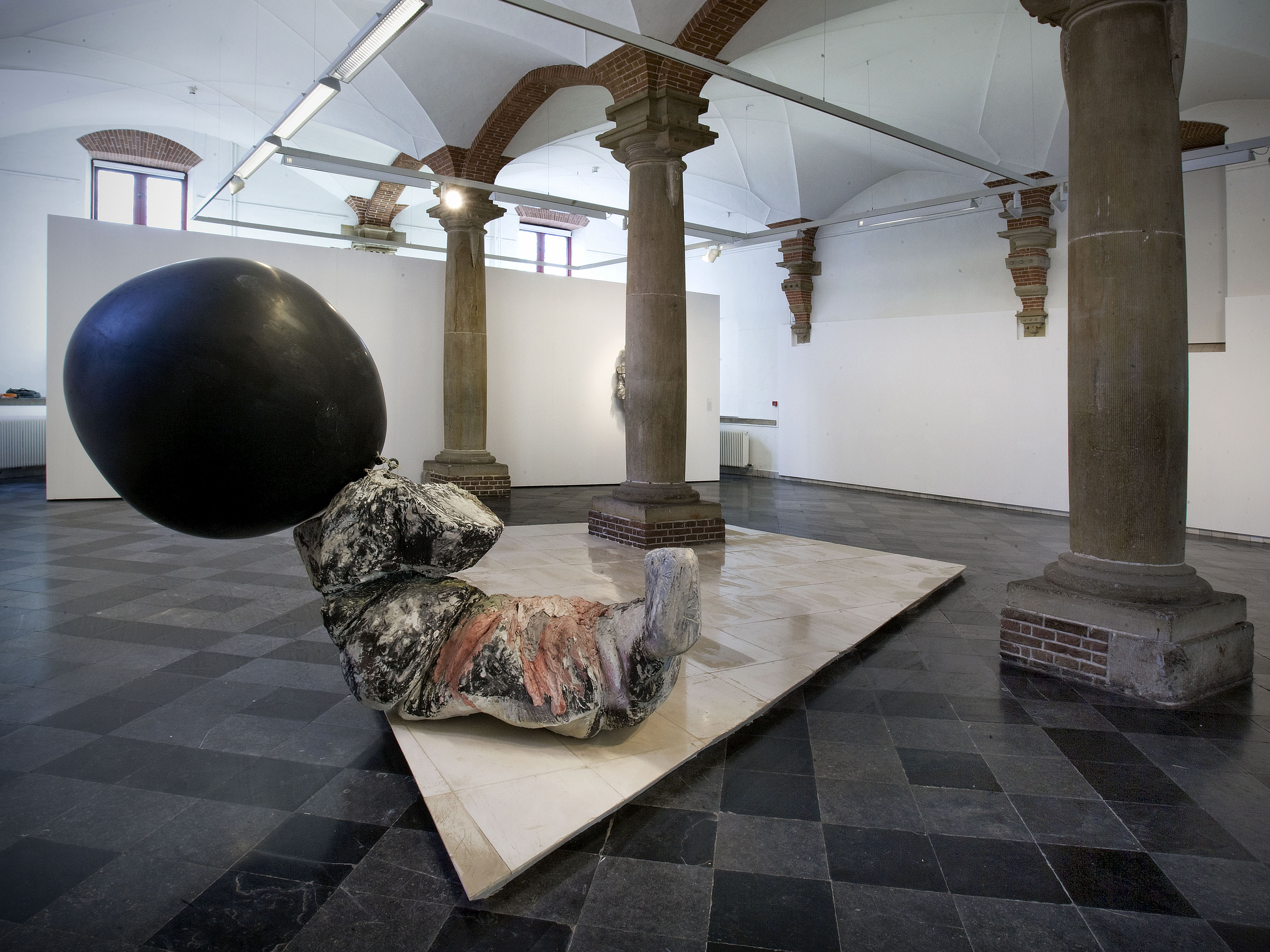