Dirk Skreber has always adopted a critical attitude vis-à-vis the medium of painting. Besides focusing on painting itself, he has also used a variety of approaches to investigate the relationship between the painting and the exterior reality. Basing himself on themes apparent in his paintings, Skreber has built sculptures and installations that would, for instance, restrict the viewer’s freedom of movement or affect his/her sense of scale. In addition, the artist is interested in the sculptural qualities of the two-dimensional painting. Many of his works break free of the flat plane, by means of sharp contrasts between thickly and thinly applied paint or, as in his Superhero series, a thick layer of synthetic foam on the canvas, which is subsequently cut away. Furthermore, Skreber has always explored the relation between painting and the smoothed-out language of advertising. While his subject matter is typically pertaining to the world outside and drawn from news sources found on the internet, he plays with the glossy surface fetishism of advertising photography. With these elements he creates an ominous and confusing visual vocabulary.

Dirk Skreber’s exhibition in the Vleeshal comprises ten works made in recent years that have car crashes and flying car wheels as their central theme. The artist is fascinated by the ambiguity of such outbursts of violence: while horrific, they simultaneously exert a kind of perverse attraction. Skreber’s paintings are hyper-dynamic and full of explicit violence, but also breathtakingly beautiful. J.G. Ballard’s famous novel Crash (filmed by David Cronenberg), which links the monumental violence of car crashes to physical excitement, is emphatically called to mind in these images.

A related solo presentation by Skreber in Museum Dhondt-Dhaenens in Deurle, Belgium will run simultaneously with the exhibition in De Hallen. 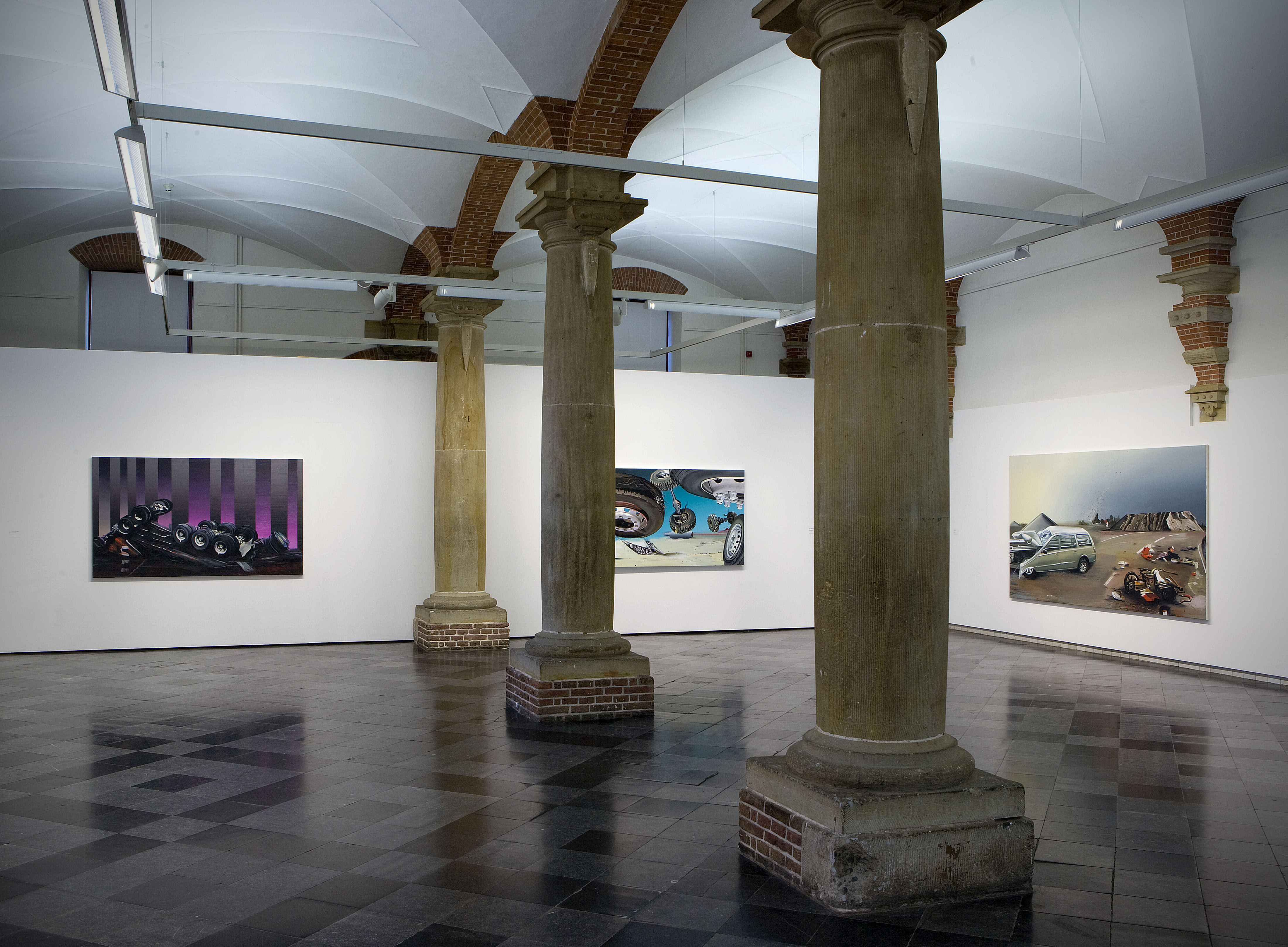 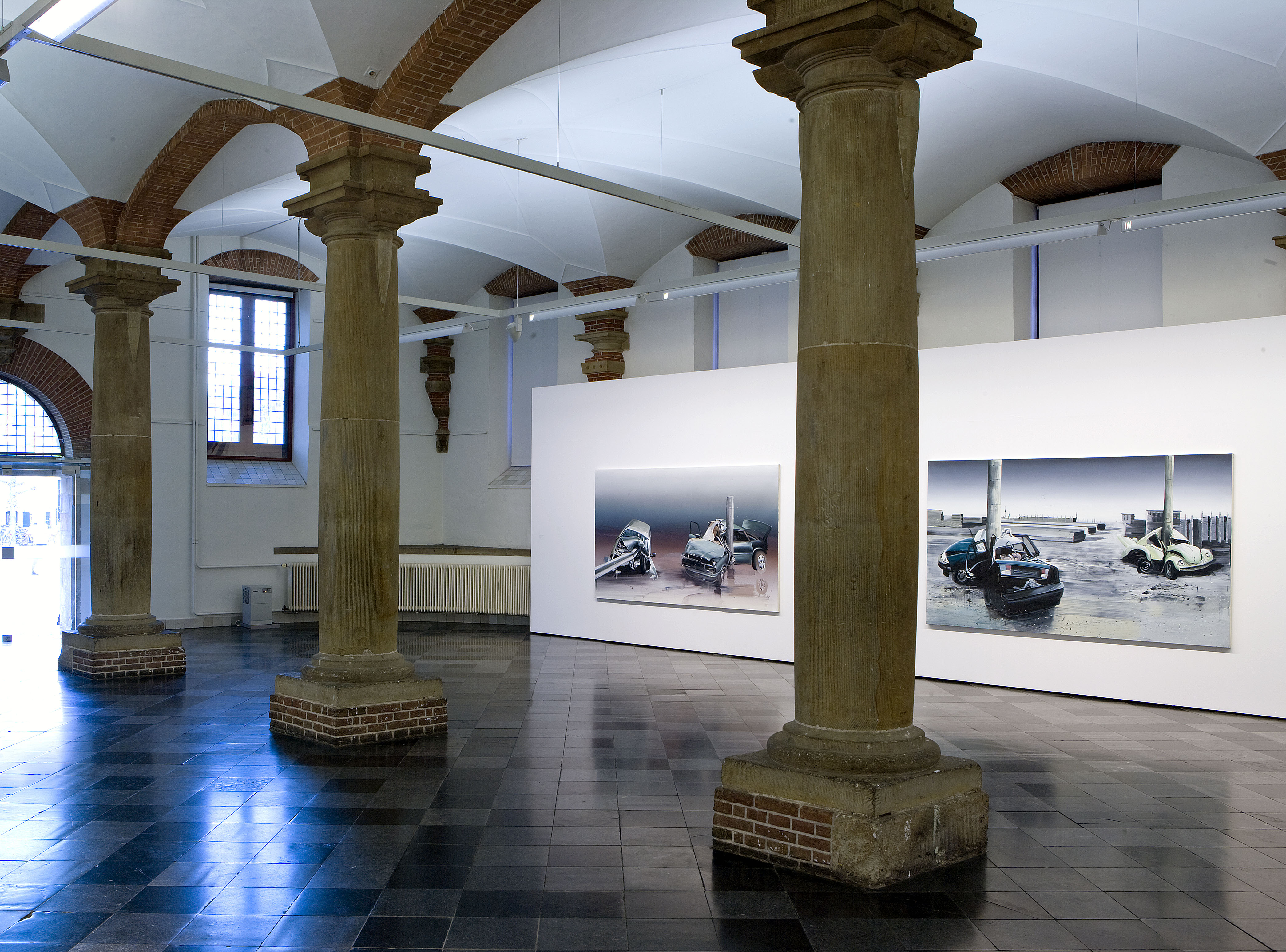