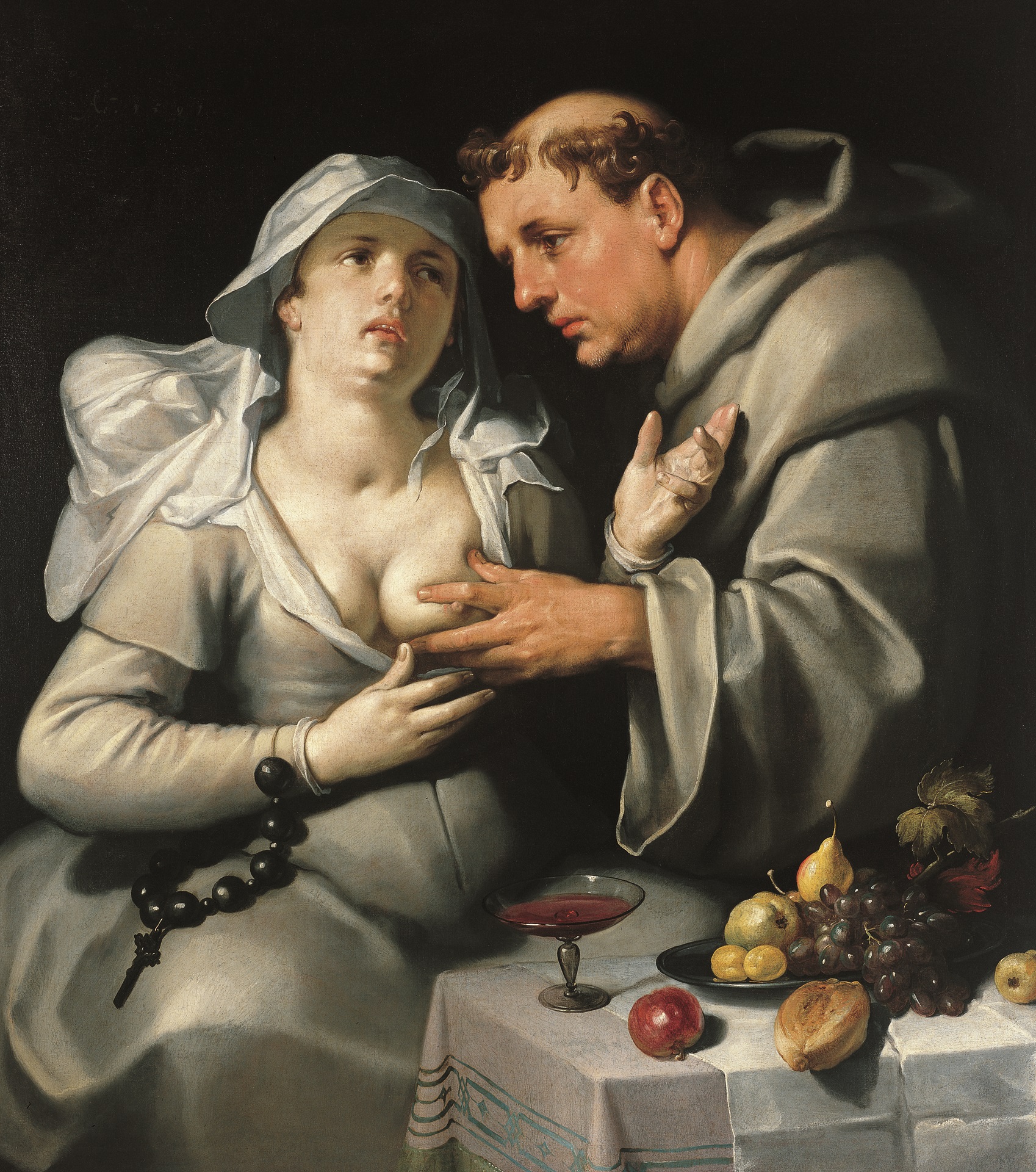 According to legend a nun was accused of having become pregnant. To verify this a monk had to squeeze her breast and if it produced milk she was guilty. But instead of milk she produced wine — the reason for the wine glass on the table. Instead of proving the nun’s guilt the miracle was witness to her faith. Yet the legend may not have been the real subject of the painting. Pictures of amorous monks and nuns were a popular genre in the late 16th century. This may in fact be a satire on the immorality of the cloisters and the Catholic Church.