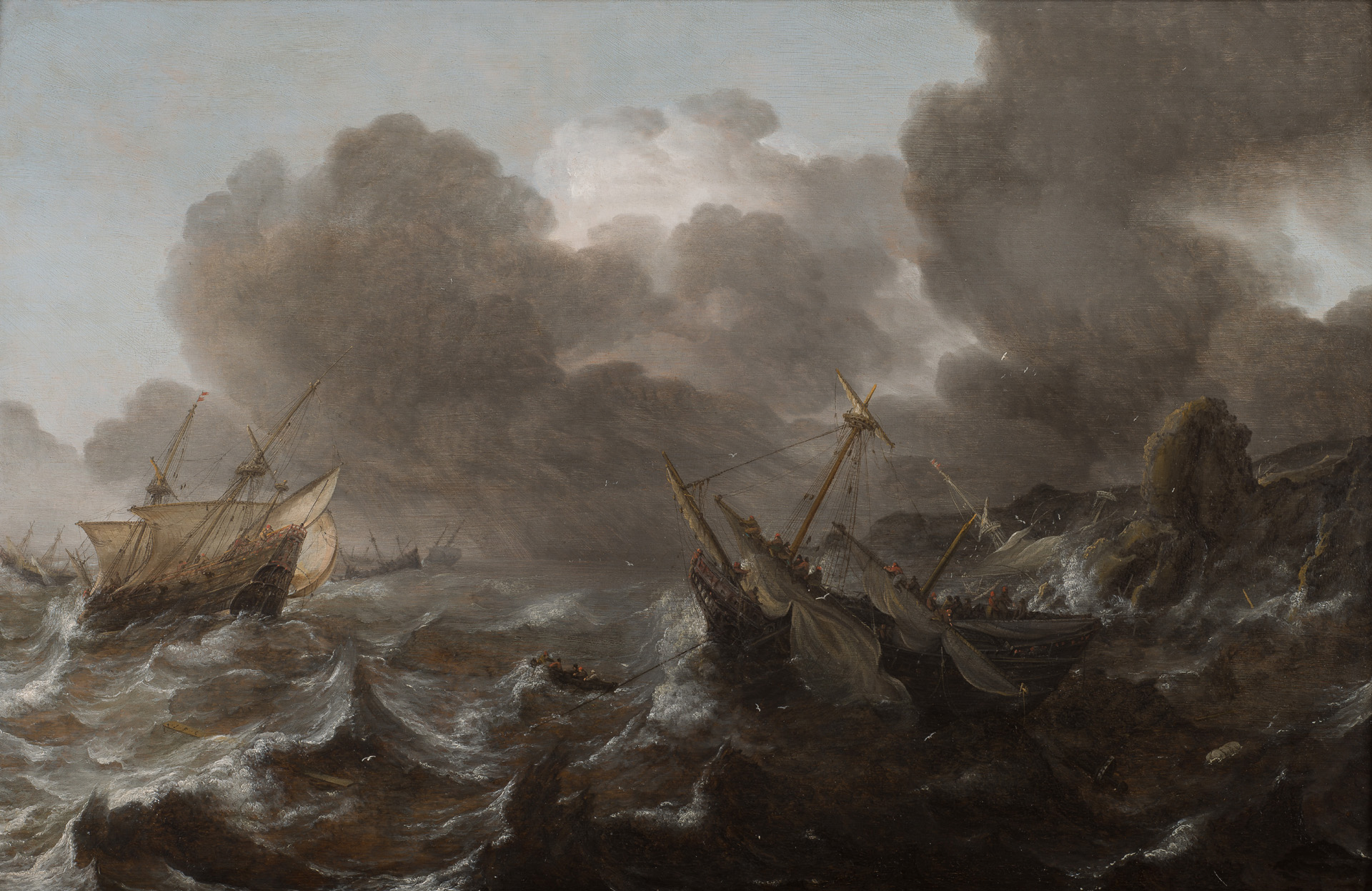 In subtle brown and gray tones, from silver-white to imminent darkness, Jan Porcellis knew the natural forces. Also in this painting, you feel almost the atmosphere of the wild sea in stormy weather, with high waves and turbulent air. Other marine painters followed his example; and landscape and still life painters began to make so-called monochrome paintings in the 1620s. City historian Samuel Ampzing praised Porcellis in his 1628 book as “the biggest constenar in ships”, or “Haarlem’s largest seaman”.