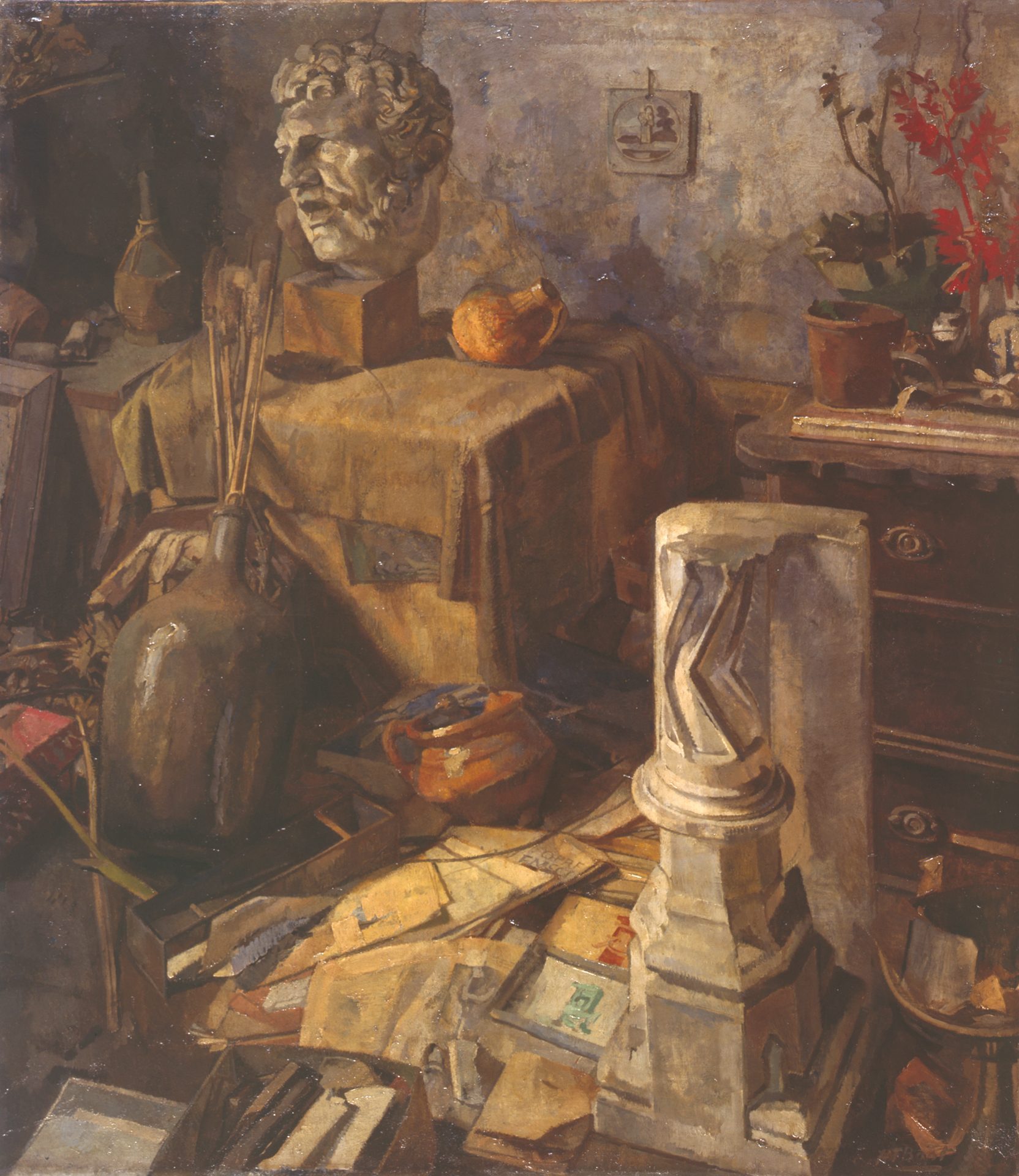 The Haarlem painter, H.F. Boot, lived in a world of chaos. His house was crammed with his collection of discarded household goods, old paper, plants both living and dead, painting, prints, plaster casts of antique cups and so on. Everything was covered with a thick layer of dust. This large canvas, ‘Still life with white pillar’, affords us a look into Boot’s overcrowded interior. The painting is not in the least chaotic, but has been carefully thought out, in terms of both composition and use of colour. The light and shadow play is also keenly observed. A diagonal from the bottom left to the upper right divides the image field in two. On the left, a glass jar leans against a chest, on top of which is a cast of an antique cup. On the right we see a cast of a medieval pillar, in front of a cupboard with some plants on it. Again, the two plaster forms represent an imaginary axis, from lower right to upper left. Despite the fullness of the piece, it radiates concentration, balance and beauty. Boot’s most famous student was Kees Verwey: he continued where Boot left off.