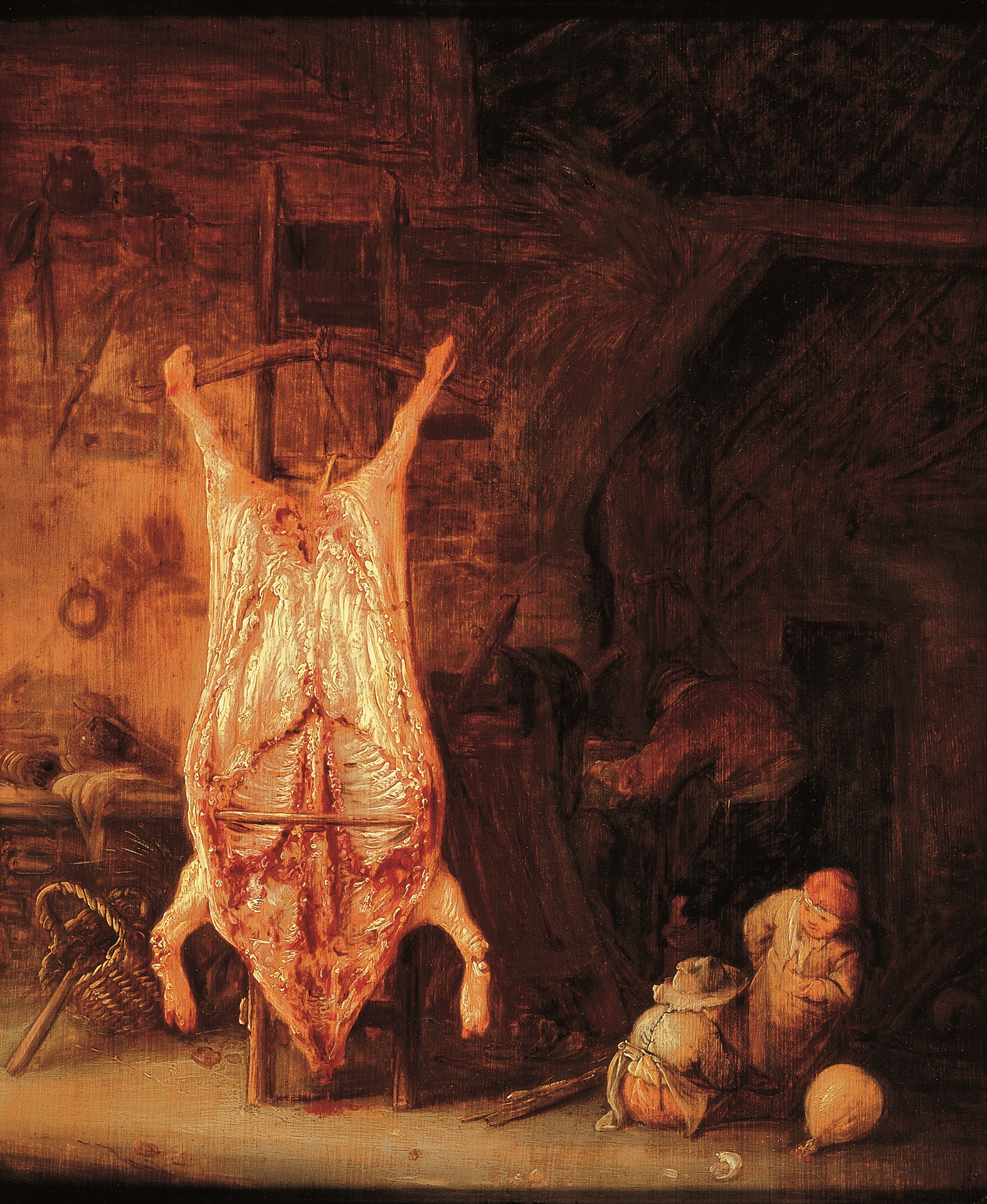 A slaughtered pig opened out, hanging on a ladder: its belly has been gutted. Children are playing with the pig’s bladder which has been inflated like a balloon. The picture contains a warning, the dead animal alludes to the transience of life. The pigs greed is an allegory of man’s lust for money; no matter how much a pig eats, and no matter how much wealth a person amasses, death awaits us all in the end. The pig’s bladder emphasizes the message: the world is nothing more than bladder filled with air.