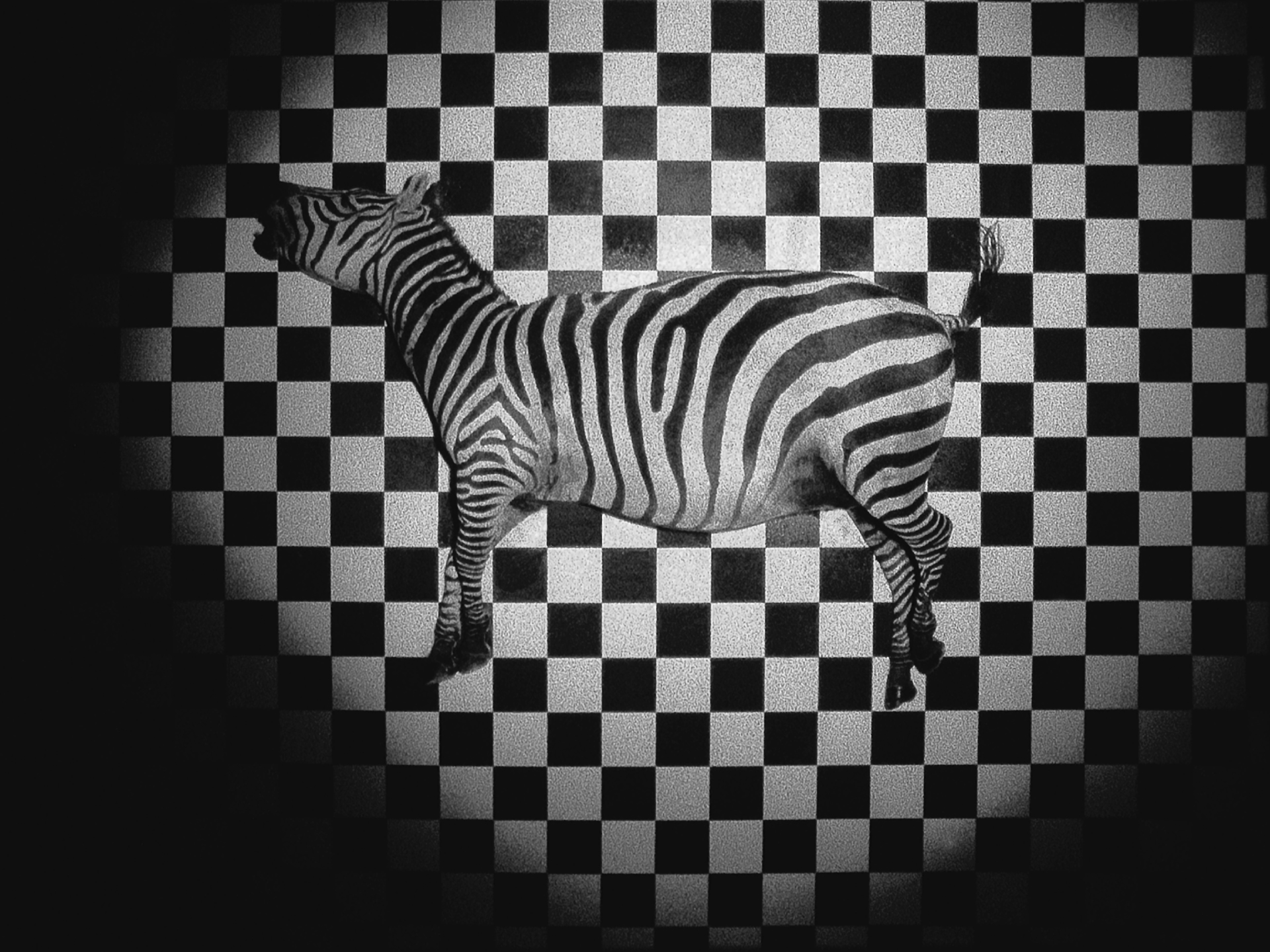 SEHNSUCHT is a silent black-and-white film in which we see a dead zebra, but it seems to still be breathing and moving. The film can perhaps best be described as a visual investigation into death. In 2003 Jeroen Eisinga stayed in Kenya for four months and monitored a dead zebra, recording the decaying process with photos. In the montage, the decomposition process is accelerated, and the dead animal seems to breathe through the expansion and contraction of the cadaver. With this work Eisinga does not want to give the impression of a scientific project but wants to evoke a certain state of mind in the viewer. The film was created in the tradition of German Romanticism, which concerned the study of natural phenomena. By observing the natural phenomena with a distant eye, one hoped to arrive at an insight that borders on religious experience.