Accompanying the exhibition Frans Hals and the Moderns, a magazine is published, with articles by journalist Merel Bem, Volkskrant columnist Elma Drayer and art historian Griselda Pollock. A must have for every art lover.

The inspiring magazine tells the story of how 19th century and early 20th century modern masters got inspired by the 17th century master Frans Hals. Featuring famous painters such as Édouard Manet, Max Liebermann, John Singer Sargent and Vincent van Gogh, but less obvious artists will be discussed as well, like Robert Henri, Thérèse Schwartze, George Hendrik Breitner and others.

In a varied mix of articles, with great attention to detail and art-historical delight, beautiful topics are presented. With contributions by well-known journalists such as Merel Bem, Arjan Visser, Elma Drayer and José Rozenbroek and by Head of Collections Marrigje Rikken, Curator of Contemporary Art Melanie Bühler and the influential art historian Griselda Pollock. Meet the early 20th-century Jopie from Haarlem, who was immortalized by the American artist Robert Henri, resembling the style of Hals.

The magazine, produced and designed by Studio Room (known for Dutch magazine LINDA.), is beautifully executed with many reproductions of fantastic works by Manet, Van Gogh, Liebermann, Singer Sargent (and many others) and of course Frans Hals.

Available from 12 October for €10 at our museum shop and at AKO stores (Haarlem en Amsterdam area). 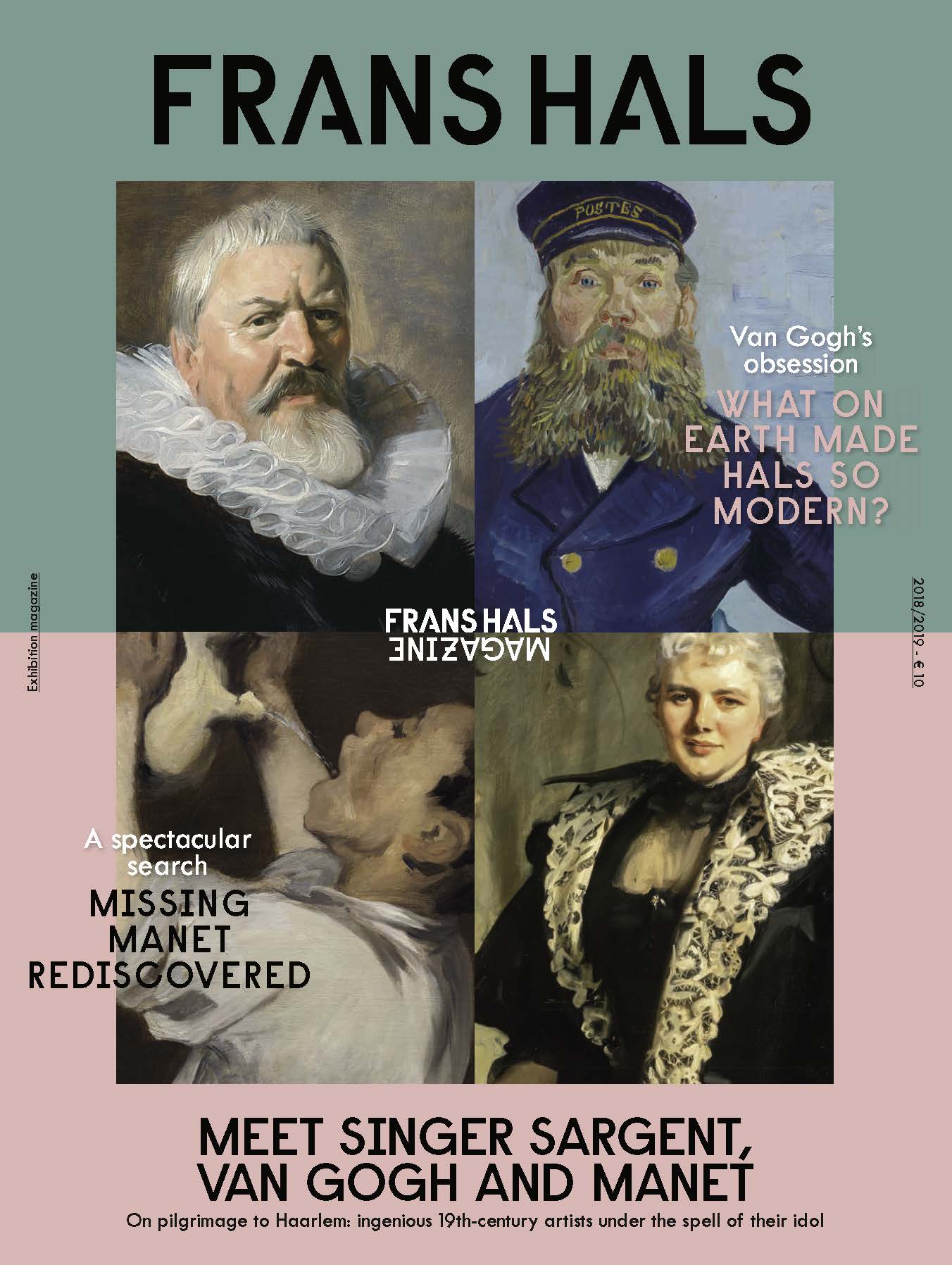 Will you help us win the Oscar of…

We proudly announce that during Frans Hals and…

A marriage made in art heaven

After a great deal of flirting and a…